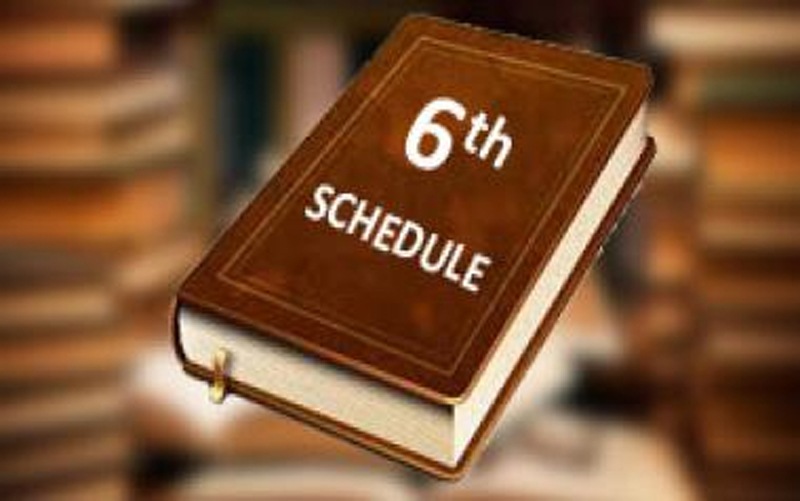 Itanagar, August 27: Arunachal Pradesh Assembly on Thursday resolved to persuade the Centre to include the frontier state in the Sixth Schedule of Constitution and amend Article 371(H) to protect the rights of its indigenous population.
The resolution was moved by Home Minister Bamang Felix and supported by members of the assembly irrespective of their political allegiance.
The resolution said “The legislative assembly resolves that the state of Arunachal Pradesh be included in the 6th Schedule of the Constitution to protect tribal rights of the indigenous people.
The assembly further resolves that the special provision with respect to the state be further strengthened by amending Article 371(H) by inserting provisions for protection of religious or social practices of the tribes of the state, customary law and procedure of the states tribes, administration of civil and criminal justice involving decisions according to customary law of the tribes and ownership and transfer of land and its resources, it said.
The Sixth Schedule deals with provisions for administration of tribal areas in Assam, Meghalaya, Tripura and Mizoram. It seeks to safeguard the rights of tribal population through the formation of Autonomous District Councils.
Arunachal Pradesh bordering Bhutan, China and Myanmar comes under the Fifth Schedule, which deals with provisions related to the administration and control of scheduled areas and scheduled tribes.
Article 371(H) has special provisions in respect of the governor and the total seats in its assembly.
Chief Minister Pema Khandu taking part in the discussion said that Arunachal Pradesh has many tribes but not adequate laws to protect tribal rights.
We have no laws to protect our tribal rights and customary laws. It is time we need to act strongly for safeguarding our rights, he said.
Khandu said that most of the community based organisations (CBOs) had said during the consultative committee meeting that the Sixth Schedule should be implemented on pan Arunachal basis.
We will place the resolution before the Centre explaining all the views expressed by the MLAs and the CBOs so that it can be taken up for discussion in both Houses of Parliament, Khandu said.
This will, however, take time as various technical formalities need to be observed. The journey which began today is very tough, he said.
Taking part in the discussion Deputy Chief Minister Chowna Mein said there is no act to protect the state’s people even though the Bengal Eastern Frontier Regulation (BEFR) Act of 1873 and the Chin Hill Regulation are in force.
The BEFR Act prohibits all citizens of the country from entering Arunachal Pradesh without a valid Inner Line Permit.
Mein said Article 371(H) does not grant tribal rights for the people of Arunachal Pradesh. Hence there is urgent need to amend it.
Nagaland and Mizoram on the other hand come under the purview of Article 371(A) and (G) which provide adequate provisions for protection of tribal rights,he said.
Felix while moving the resolution told the House that the state is not constitutionally protected by any law as it is under the Fifth Schedule of Constitution that does not provide special rights for the indigenous communities unlike the Sixth Schedule.
The Statehood Act of 1987 gave the state Article 371(H) which even failed to protect the indigenous community of the state which are deprived of the rights unlike Mizoram which is under Article 371(G), Felix said and called upon the legislators to stand united and pursue the Centre strongly to include Arunachal Pradesh under the Sixth Schedule in order to protect tribal rights.
It is time for us to unequivocally voice for the protection of the land and people of the state, Felix said and added that Bengal Eastern Frontier Regulation (BEFR) Act of 1873 and the Chin Hill Regulation 1896 provide certain protection to the state.
He said that the chief minister has constituted a consultative committee headed by Chowna Mein who on August 19 held a meeting with all CBOs to know their views and suggestions for protection of tribal rights in the state.
Various stakeholders during the meeting took unanimous decision that we should be protected by the Constitution for safeguarding the rights of the indigenous people, the home minister said.
Felix said that the state Cabinet during its sitting on August 24 deliberated on the report of the consultative meeting held on August 19 following which a consensus decision was taken to reach out to the Centre regarding inclusion of Arunachal Pradesh under the Sixth Schedule.
The minister said Article 371(H) which has special provisions for Arunachal Pradesh too does not ensure full protection to the states people as it provides no special rights to the indigenous people.
Later the house adopted the resolution by voice votes before Speaker Passang D Sona adjourned the one-day session sine die.
The assembly session was initially scheduled for three days. However, keeping in view the Covid-19 pandemic, the business advisory committee pruned it to a single day session.
All MLAs, officials, security personnel and media persons underwent rapid antigen test for coronavirus and only those who tested negative were allowed to enter the assembly premises. (PTI)