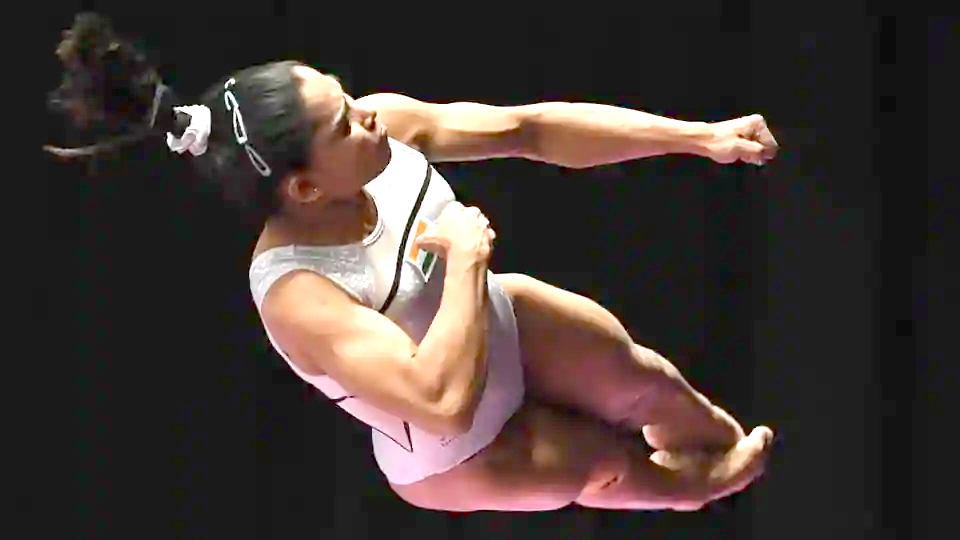 Tripura, November 21: Indian gymnast Dipa Karmakar would be aiming to put behind the injury-marred disaster that was the Asian Games when she aims for a positive start to her Olympic qualification bid with the World Cup of artistic gymnastics in Cottbus, Germany from Thursday.
The four-day showpiece is part of an eight-event qualifying system under which the gymnasts will make the cut based on the aggregate of their top three scores.
The four-member Indian team, which also comprises B Aruna Reddy, Ashish Kumar and Rakesh Patra, will look to make it count with good performances.
Dipa, who finished fourth at the Rio Olympics, will be India’s best bet in the tournament after clinching the gold at the Artistic Gymnastics World Challenge Cup at Mersin, Turkey in July this year.
The 25-year-old from Tripura endured a poor comeback from injury in the Jakarta Asian Games where she had to pull out midway after her knee problem flared up again.
Aruna, on the other hand, won a bronze medal in one of the earlier world cups this year in the women’s vault event in Melbourne and she too will fancy her chances.
Among the men, Ashish has been India’s brightest with a bronze in floor exercise at the 2010 Asian Games in Guangzhou, China.
He also won a bronze and silver medal at the 2010 Commonwealth Games in floor exercise and vault respectively.
Rakesh also had some decent performances this year, a fourth-place finish in the ring apparatus finals at the Commonwealth Games being the highlight. He also narrowly missed a medal at the Melbourne World Cup in February, finishing fourth. (PTI)