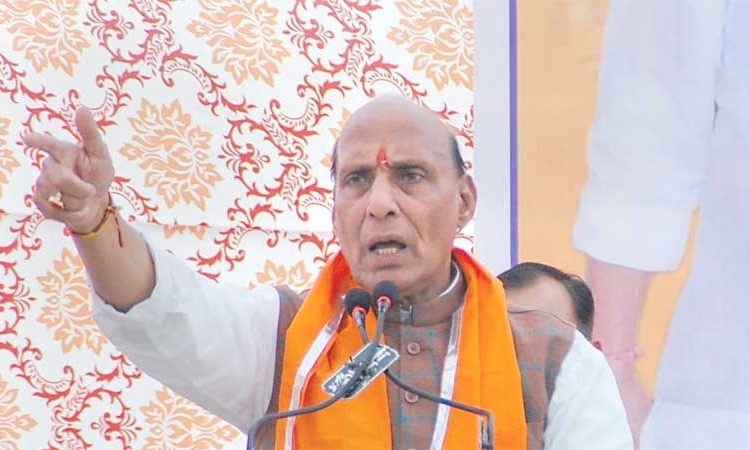 LUCKNOW, April 28: Union Home Minister Rajnath Singh on Sunday said Articles 370 and Article 35A should be seriously reviewed and scrapped.
While Article 370 gives autonomous status to Jammu and Kashmir, Article 35A allows the Himalayan state’s legislature to define permanent residents of the state.
Speaking at a voters’ awareness programme, Mr Singh attacked National Conference leader Omar Abdullah for his recent remarks that there should be a separate prime minister for Kashmir.
“When a person, who has occupied a Constitutional post says such things, then Articles 370 and 35A should be seriously reviewed. Since these (provisions) have mostly caused losses, Article 370 and 35A should be scrapped.”
Singh said, “There is a conspiracy in Jammu and Kashmir. Some organisations want to kindle the feelings of separatism among the people, but majority want to stay with India. Barring three-four organisations, the rest are with India”
The Lok Sabha MP praised Prime Minister Narendra Modi. International Monetary Fund has endorsed that India is growing at rapid speed, he said. (PTI)