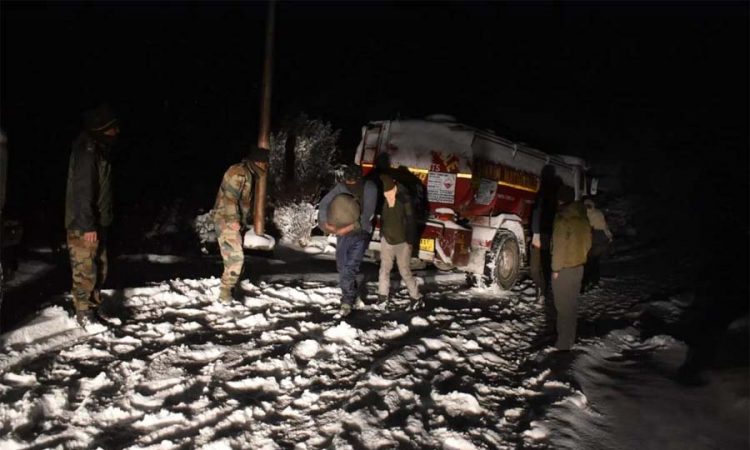 Gangtok, January 31: Five truckers, stuck due to heavy snowfall in North Sikkim, were rescued by the Indian Army, defence officials said on Sunday.
Three trucks were stuck due to heavy snowfall in a remote area between Samdong and Lachen on Friday night, they said.
The trucks were returning to Siliguri in West Bengal from Samdong but got stuck as more than two feet of snow got accumulated, making driving extremely dangerous, they said.
The truckers were rescued and taken to the Army post where they were provided medicine, food and warm clothing, the officials said. (PTI)