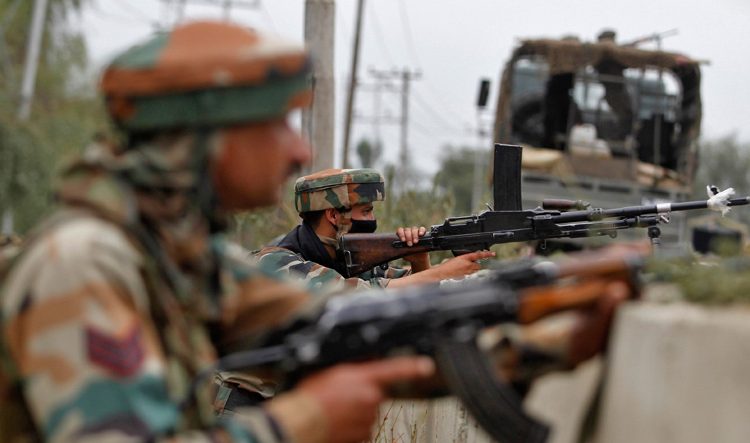 New Delhi, September 9: The Army is seriously considering recalibrating its counter-insurgency strategy in the militancy-hit North East in the wake of an “over cautious” approach being adopted by its field units in the region following the Supreme Court’s strict orders to the CBI to ensure thorough probe into the alleged extra-judicial killings in Manipur, military sources said.
They said the Army headquarters was “deeply worried” over the rising casualty figures on the part of the Army in Manipur as well as a marked slowdown in the intensity of its operations against militants in the state, where over 10 major militant groups are active.
The top brass of the Army held a detailed deliberation last month to look at recalibration of operations since there appears to be a “manifested caution” being exercised because of the directives of the court on AFSPA-related cases, the sources said.
The Supreme Court has passed a number of orders to the CBI in the last few months directing the central probe agency to thoroughly investigate the alleged extra-judicial killings and fake encounters by the Army, Assam Rifles and police in Manipur, saying violation of human rights cannot be tolerated.
In July last year, the court, following a PIL seeking a probe into as many as 1,528 cases of alleged extra-judicial killings in Manipur, constituted a special investigation team of the CBI (Central Bureau of Investigation).
CBI director Alok Kumar Verma was summoned by the apex court in July over the “unduly long time” taken by the agency in probing the cases of alleged extra-judicial killings in the state.
The sources said there has been perceptible disquiet among some of the soldiers and officers deployed in Manipur following the court orders and subsequent CBI action and that they are adopting an “over-cautious approach” in carrying out the operations against militants.
In 2017, they said, a total of eight army men were killed and 26 injured in anti-insurgency operations while the number of militants gunned down was three.
Till August this year, only three insurgents have been eliminated where as five soldiers were killed and 17 injured in military-led operations, they said.
According to official figures, a total of 1,889 soldiers were killed and 3,168 have suffered serious injuries in action in the North East since 1997 while the number of insurgents killed during the period was 4,974.
An official said the overall figure of the Army and Assam Rifles personnel killed and injured, along with those gunned down by security forces, was around 10,000 in the last 20 years.
“The Kargil conflict had left 527 army men dead and 1363 wounded. But look at the casualty figures in the North East,” he said.
Without elaborating, the sources said the Army was considering various option to address its concerns over rising ratio of casualties of its personnel in the region, particularly in Manipur.
Earlier during a hearing on AFSPA related cases in Manipur, the Supreme Court had rejected the government’s contention that the disturbed area is akin to a war like situation.
Jammu and Kashmir, Manipur and a number of states in the North East were brought under the Armed Forces Special Powers Act (AFSPA) which gives the security forces special rights and immunity in carrying out various operations. There has been a long-standing demand from various quarters in J-K and the Northeast to withdraw it.
In a major move, around 700 Army officers and soldiers have approached the Supreme Court against reported move to dilute some provisions of the AFSPA. The act protects the security forces from prosecution without the Centre’s approval.
Interestingly, Army Chief General Bipin Rawat disapproved of the move by the serving officers and soldiers to approach the top court in their personal capacity.
At the same time, he said the armed forces and the defence ministry are steadfastly behind all officers who have conducted operations in Jammu and Kashmir and the Northeast.(PTI)