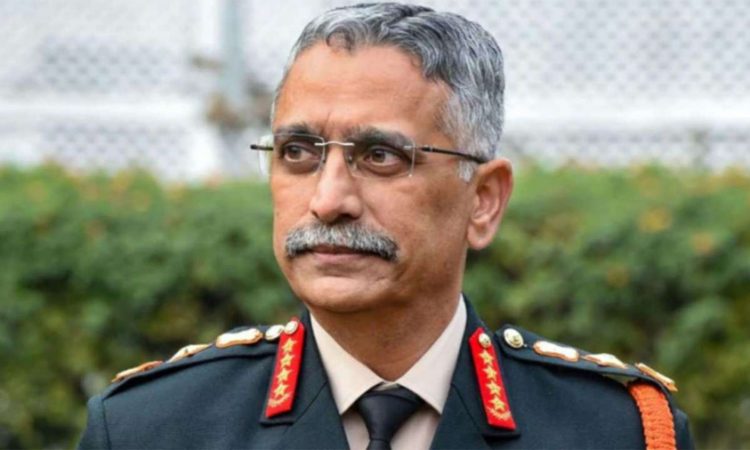 New Delhi, January 12: The Army plans to gradually bring down the number of its troops deployed for maintaining internal security in the Northeastern states as the overall situation in the region has improved by “leaps and bounds” in the last two years, Chief of Army Staff Gen MM Naravane said on Tuesday.

He said there was no plan to cut down on number of troops in Jammu and Kashmir as the union territory continues to be affected by cross-border terrorism though the situation in hinterland has improve significantly.
The Chief of Army Staff was addressing a news conference here ahead of Army Day on January 15.
Gen Naravane said the Army has already pulled out one brigade from the Northeast and is planning to withdraw one to two brigades.
“Overall situation in the Northeast has improved by leaps and bounds over the last one-two years due to concerted efforts by security forces and government’s initiative. We have carried out a reassessment of our commitments in internal security and, in fact, one brigade has already been pulled out,” he said.
Gen Naravane said the Army was awaiting for the conduct of Bodoland Territorial Council election in Assam. The elections to the autonomous council took place last month.
“Once that (situation) stabilises, we will be able to pull out at least one or two brigade,” he said.
The Army has been deployed in almost all insurgency-hit states of the Northeast including Assam, Manipur, Nagaland and Arunachal Pradesh.
“As far as Northeast is concerned, security situation has improved manifold except for three districts of Arunachal Pradesh,” he said.
Referring to Nagaland, he said almost all the militant groups except the National Socialist Council of Nagaland (Khaplang) have agreed to the ceasefire agreement.
“We are indeed drawing down and reducing our footprint in internal security duties and we would be concentrating on our primary task of dealing with external threats.
Talking about Naga peace process, he said most of the groups in the state have committed to it.
“But you cannot rule out the possibility of anybody fishing in troubled waters. We are keeping our eyes and ears open and we are not ruling out that possibility,” he said replying to a question on possible external influence to create disturbance in the region
“There is no doubt that any insurgency to survive, it can only do so with external support,” he said. (PTI)