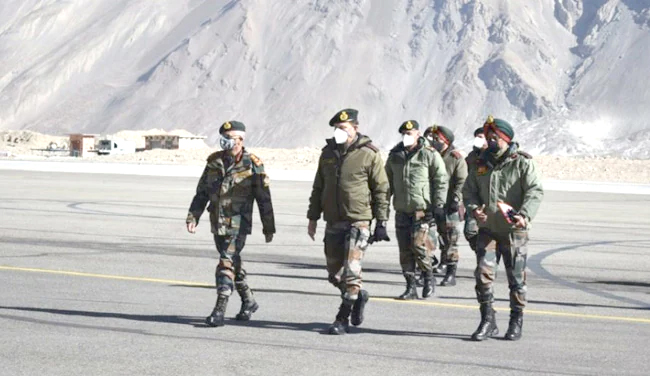 Along with him were Army Commander Northern Command Lt Gen YK Joshi and General Officer Commanding Fire and Fury Corps Lt Gen PGK Menon.
According to an official release, General Naravane interacted with the troops and complimented them for their steadfastness and high morale, while being deployed in some of the harshest terrain, altitude and weather conditions.
Lt Gen PGK Menon later briefed General Naravane about the prevailing security situation and operational preparedness in the Corps Zone. The Army Chief is scheduled to return back on April 28.
The Army chief’s visit assumes significance as India and China have been engaged in a military standoff for almost a year but disengaged from the most contentious Pangong lake area last month after extensive talks at both military and political levels.

Earlier on April 10, India and China held the 11th round of Corps Commander-level talks in Ladakh on Friday where disengagement from remaining friction points including Gogra heights, Hot Springs and Depsang Plains was discussed, Army sources said. (ANI)