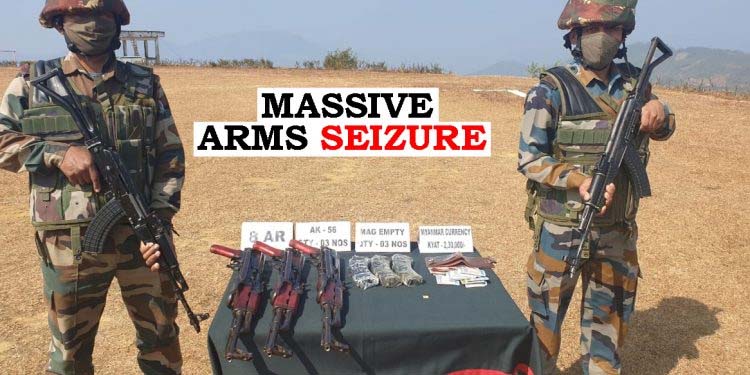 Aizawl, January 22: A joint operation by Assam Rifles and customs department on Friday recovered three assault rifles and foreign currency from a village along the Indo-Myanmar border in Champhai district of Mizoram, an officer of the paramilitary force said.
Three AK-56 rifles along with three empty magazines, wrapped in a piece of cloth, were recovered from a jungle near Zote village, he said.
Myanmarese currency was also recovered along with the arms.
The seized items were handed over to the customs department.
In another incident, Assam Rifles and the excise and narcotics department seized 612.8 grams of heroin and 2,69,000 Methamphetamine tablets in the same district on Thursday, the officer said.
The contraband worth Rs 5.90 crore was recovered during a joint operation at Tlangsam village, he said.
Assam Rifles, the countrys oldest paramilitary force, has recently launched an anti-drug campaign in Mizoram. (PTI)