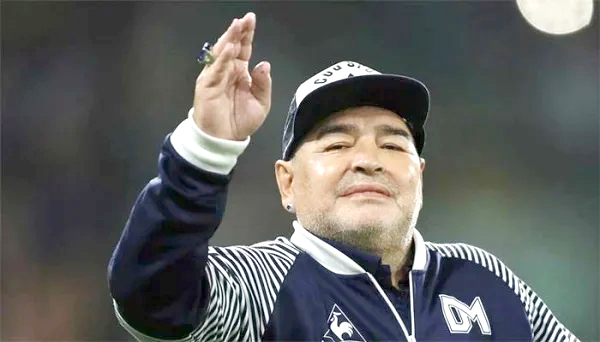 BUENOS AIRES, November 25: Argentina football legend Diego Maradona has passed away at the age of 60, after suffering a heart attack, his lawyer has confirmed.
Diego Maradona, arguably the best soccer player ever whose wild swings in fortune came to personify the flux of his home nation Argentina, has died. He was 60.
Maradona suffered a heart attack in Tigre, Buenos Aires, after undergoing surgery to remove a blood clot from his brain earlier this month, according to the Clarin newspaper.
Maradona led Argentina to the 1986 World Cup and won league championships in Italy and at home, granting him the sort of iconic status normally reserved for war heroes. His scoring prowess and flair in slaloming past opponents vaulted him into the hall of soccer fame, but he struggled to cope with the adulation and his battles with addiction became regular global news.
“The best of the lot, no question,” Brazil’s Zico, a titan of the sport in his own right, said in 2005. “I saw Maradona do things that God himself would doubt were possible.”
After retiring Maradona developed heart problems caused by cocaine addiction, and he endured wild weight and fitness swings that seemed to reflect his do-or-die attitudes to both soccer and life.
“I am black or white,” Maradona said in 2009. “I’ll never be gray.”
(HT with agency inputs)