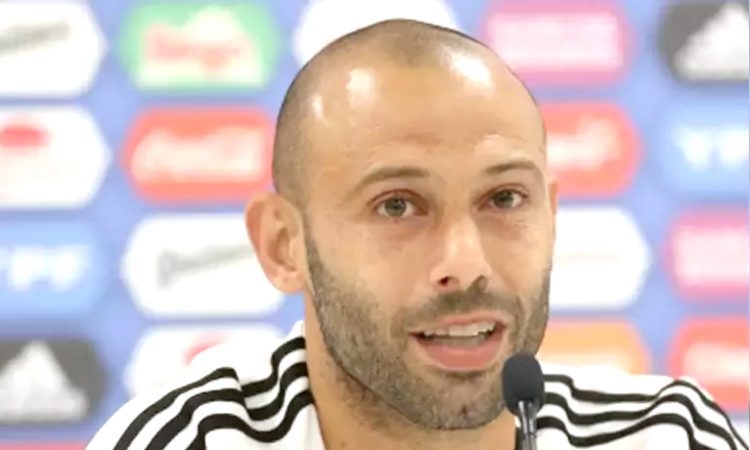 BUENOS AIRES, November 16: Former Barcelona and Argentina great Javier Mascherano announced his retirement from football, drawing curtains on his illustrious career spanning 17 years.
The 36-year-old center back, who started his professional career with domestic giants River Plate in 2003, made the announcement after his Superliga outfit Estudiantes lost 0-1 to Argentinos Juniors in a league match on Sunday.
“It is time to finish my career because of things that happened to me in recent months, that on a personal level and after having thought about it for all this time, the most correct thing is to finish today,” Mascherano told reporters after the game.
“I have lived my profession 100 percent, I gave the best I could and today I find that it has been difficult for me for a while and I do not want to disrespect Estudiantes, who trusted me to return to Argentina, or my colleagues, or this profession.
Mascherano said that it wasn’t about results but the lack of motivation is the real reason.
“It does not have to do with the club or with a result, but with feelings that one is feeling over recent times, which make the illusion that one had of being a footballer fade,” he added.
In his sparkling career, the defensive midfielder played in some of South America and Europe’s greatest clubs, including Brazil’s Corinthians, England’s Liverpool, and Spanish giants FC Barcelona.
His most successful spell was at Barcelona where he won 19 trophies, including five La Liga and two Champions League titles, in eight years.
After his stint with FC Barcelona, Mascherano moved to Hebei China Fortune. He returned to Argentina in January this year and was contracted to play for Estudiantes de La Plata until June 2021.
Mascherano was a vital cog in the Argentinian national team that reached the World Cup final in 2014.
He made 147 appearances for the Albiceleste and is the most capped player in the country’s history, appearing in four World Cup campaigns and five Copa America tournaments.
He also won two gold medals with the Argentine Olympics team in 2004 and 2008. (PTI)