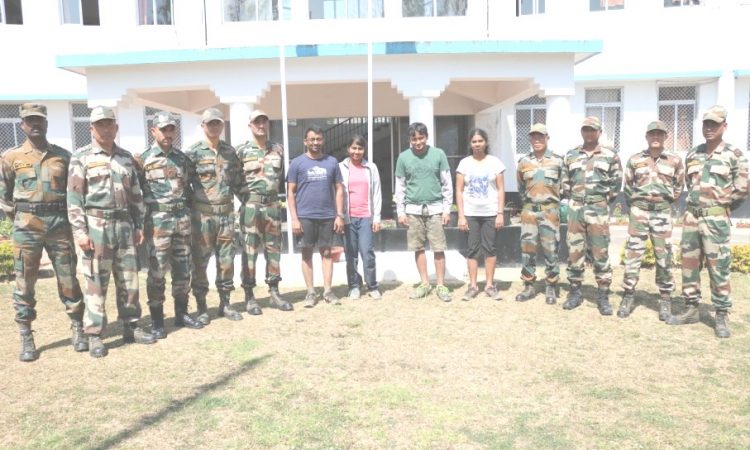 Kohima, March 19: A joint team of Nagaland State Disaster Management Authority (NSDMA) and Assam Rifles have managed to trace back four trekkers from Mumbai who had lost their way in the picturesque Dzükou Valley in Nagaland’s Kohima district, NSDMA official said today.
The tourists identified as Shankar, Prabhu, Kaushalaya and Sumitra who had arrived Kohima from Mumbai on March 18 commenced trekking on Dzuko valley trail from Viswema at 11:30 am on March 18. They kept following sign boards and reached Dzukou Valley top at 6 pm on March 18. However they lost the directions thereafter. Rains and thunder storm added to their despair.
However, they somehow managed to contact back home and their family members managed to get through some Catholic priest here, who got across to NSDMA officials at around 9 pm Sunday night.
The NSDMA launched an emergency response team to Dzükou by 9:30 pm while personnel of Assam Rifles and Territorial Army also joined the search, he said.
NSDMA team went through Viswema route while the security forces took the Jakhama side in search of the missing trekkers, he said.
It was at around 3:15 am today that two jawans of the Assam Rifles spotted the four of them in a place where people usually don’t trek, he said.
The trekkers, he said, had sufficient edibles, but due to the heavy downpour yesterday they were drenched and suffered from cold.
They were safely brought back and are fine after being treated with first aid, he said.
Meanwhile, Ruangmei while maintaining that the hilly terrain are not similar or familiar with that of other hills in the country, has advised trekkers from beyond the State to contact local guide for safety and easy trekking.
On the other hand, PRO Assam Rifles said that the lost tourists were able to contact Assam Rifles which immediately launched a specialist team of jawans from 3 Assam Rifles Kohima along with troops of 164 TA Battalion (Home and Hearth).
After a thorough search of six hours, the troops were able to establish contact with the stranded tourists and bring them back after providing immediate relief, the PRO said. (Page News Service)