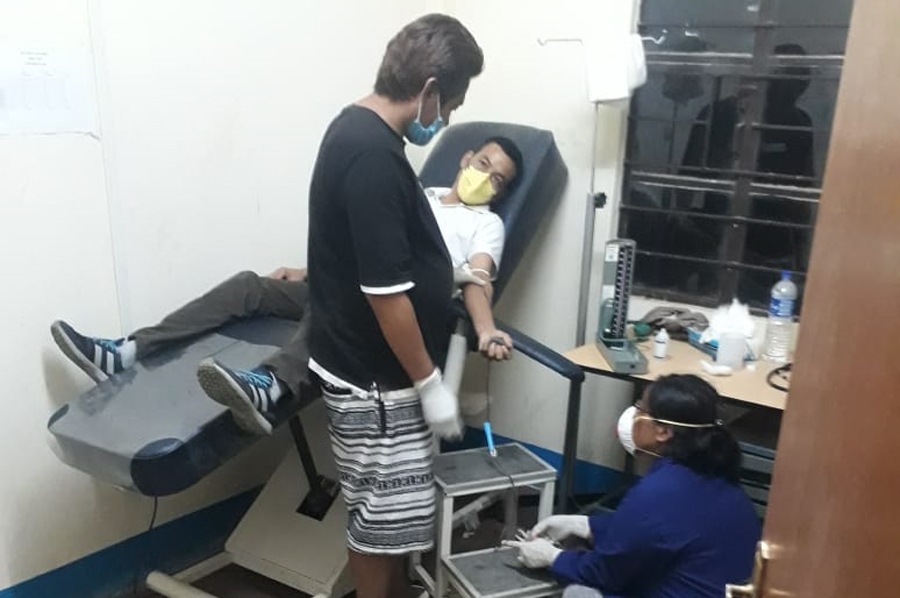 Dimapur, August 2: Phek Battalion of Assam Rifles under the aegis of HQ IGAR (North) responded to a critical health requirement of Khosatolu (24), a resident of Phek. The lady was in labour pain and in dire need for blood while at district hospital, Phek. The request for a voluntary blood donor had come from District Hospital, Phek.
The family members and the district hospital management extended their gratitude to the Assam Rifles for the noble act in saving a precious life.
As a social gesture, fruits and protein food was also provided to the patient.
Meanwhile, Wokha Battalion of Assam Rifles under the aegis of HQ IGAR (North) donated two units of blood on August 1 to save the life of a critical lady patient who was in severe labor pain at a Nursing Home in Wokha.
Family members of the patient had approached Wokha Battalion after a vain attempt at trying to arrange for donors.
The timely assistance of the Security Forces prevented any criticality and was well appreciated by the civil administration.
(Page News Service)