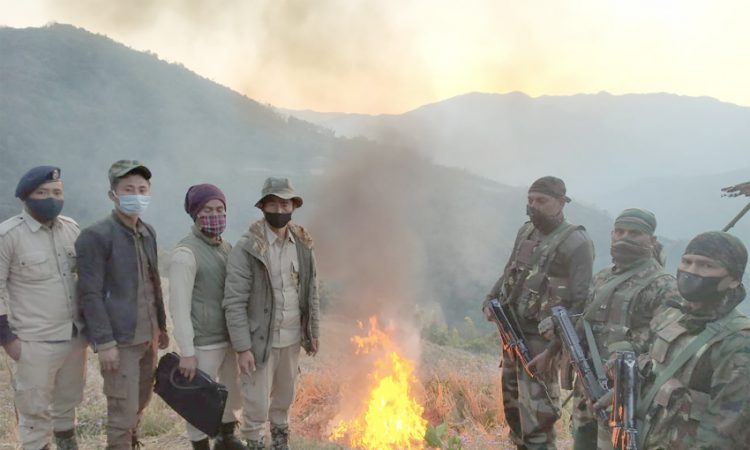 Dimapur, February 10: The Assam Rifles in a joint operation with police representative busted a hideout of NSCN-Khango faction in general area Hosephu on February 9.
An AR release said the hideout, carefully concealed and away from the village area, was in the process of being established illegally as a training camp by the NSCN-Khango faction in Hosephu area under Aghunato Sub-Division of Zunheboto District.
The temporary structures under construction were destroyed by burning and the recovered items including uniforms, rations, digging tools, generator, pup tents & other administrative stores were handed over to Aghunato Police Station. (Page News Service)