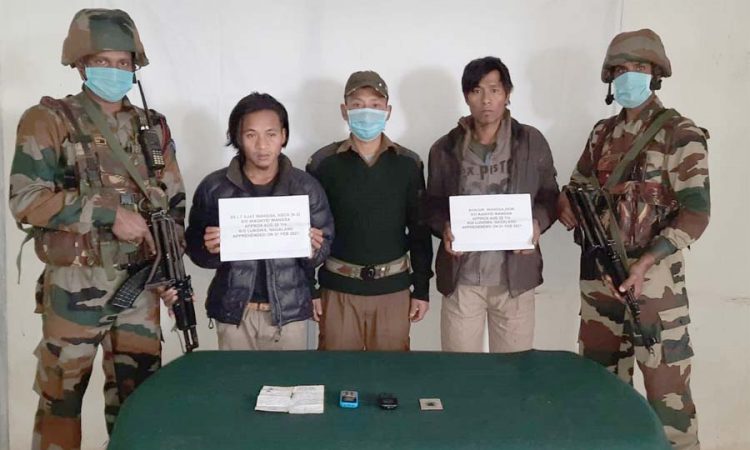 Dimapur, February 2: Assam Rifles in a joint operation with Police apprehended one armed cadre of NSCN (K-2) and one Over Ground Worker in Jangchang Colony, Pongchau Circle on February 1.
Based on specific input, troops of Assam Rifles alongwith Police representative launched an operation and apprehended one armed cadre of NSCN (K-2), one OGW. The apprehended individuals have been handed over to Pongchau Police Station, for further investigation.
(Page News Service)

National Lok Adalat in all districts on April 10

Peren Admn to impose Rs 100 fine for not wearing mask