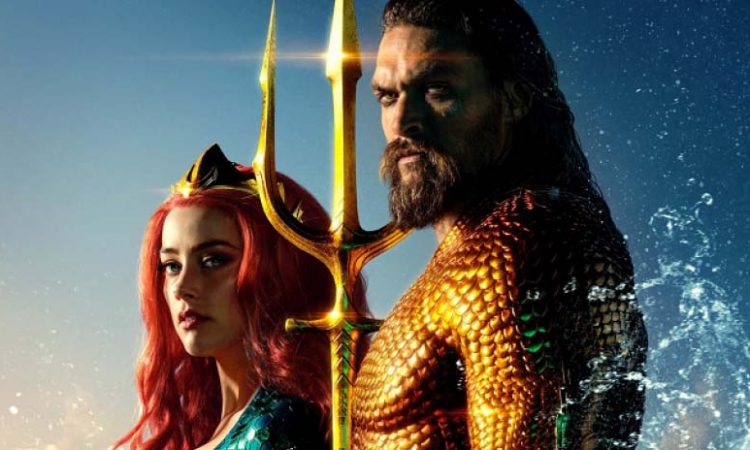 James Wan directorial Aquaman just broke another box office record, and this one may be it’s most significant. It has become the highest-grossing DC film ever, beating Christopher Nolan’s 2012 film The Dark Knight Rises.
Aquaman has earned 1.090 billion dollars. The Dark Knight Rises ended its box office run at 1.084 billion dollars. These figures are courtesy Box Office Mojo.
Starring Jason Momoa in the lead role, Aquaman is set in the DCEU (DC Extended Universe) and was already the biggest film in the universe, beating Batman v Superman.
Aquaman released in India on December 14. Warner Bros released Aquaman in international markets before North America (where it released on December 21) to give it a headstart over movies like Bumblebee and Mary Poppins Returns. Thus, the movie was already a hit before it hit its domestic market.
Aquaman is about hybrid Atlantean/human superhero Arthur Curry/Aquaman who is caught in the conflict between the undersea world of Atlantis and the surface world. Aquaman’s half-brother King Orm (Patrick Wilson) wants to go to war against the humans for polluting the oceans for centuries.
Arthur teams up with his allies like Amber Heard’s Mera and they together go on a quest to retrieve the Trident of Atlan, the legendary king of Atlantis, to defeat Orm. Aquaman also stars Willem Dafoe, Dolph Lundgren, Yahya Abdul-Mateen II and Nicole Kidman.
Aquaman is the only DCEU film apart from Wonder Woman to get mostly positive reviews. It received a rating of 64 % at Rotten Tomatoes. The consensus reads, “Aquaman swims with its entertainingly ludicrous tide, offering up CGI superhero spectacle that delivers energetic action with an emphasis on good old-fashioned fun.”