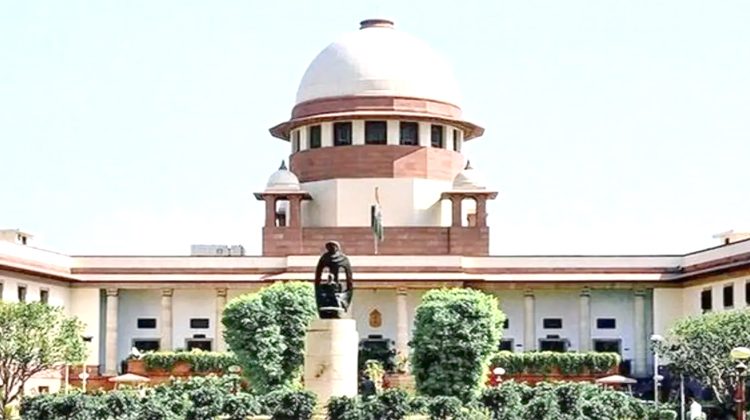 New Delhi, September 15: The Supreme Court on Wednesday expressed displeasure over non-filling of vacancies at the tribunals across the nation and said the manner in which appointments have been made clearly indicates “cherry picking” of names.

The top asked the Centre to make appointments within two weeks to the tribunals which are facing severe crunch of presiding officers as well as judicial and technical members, and apprise it of reasons if persons from the recommended list are left out in the process.
A bench headed by Chief Justice N V Ramana and Justices D Y Chandrachud and L Nageswara Rao said the condition is pitiable at the tribunals due to the vacancies and the litigants cannot be left in the lurch.
“The appointment letters which have been issued clearly indicate they have selected cherry picking three names from the select list and others from the waitlist, ignoring others in the select list. In service law, you can’t go to the waitlist ignoring the select list. What kind of selection and appointment is this?” the bench asked the Attorney General K K Venugopal.
Venugopal assured the bench that the Centre would make appointments in two weeks to the tribunals from the list of persons recommended by the search and selection committee.
Senior advocate Arvind datar said that for the ITAT, the search cum selection committee selected 41 people but only 13 have been chosen on basis which “we don’t know”.
“This is nothing new. Every time it is the same story,” the bench said.
The CJI said the Supreme Court judges undertook an elaborate exercise to shortlist the names during the COVID and the entire efforts are going in vain.
The CJI said that as per the latest appointment, the members will have a tenure of only one year and said, “Which judge will go to join this job for one year?”

On the issue of non-acceptance of names recommended by the selection committee, Venugopal said the government has the power not to accept the recommendations made.
“We are a democratic country in which rule of law is followed and we are working under the Constitution. You can’t say that I don’t accept,” the CJI said.
“What is the sanctity of the process if the government has the last word? Selection committee undertakes an elaborate process to short-list the names,” the bench said.
There are around 250 posts lying vacant in various key tribunals and appellate tribunals across the country.
The top court was hearing a clutch of petitions on the issue of vacancies in tribunals and the new law governing quasi judicial bodies. (PTI)

Solution to farmers’ protest only through dialogue: Rakesh Tikait