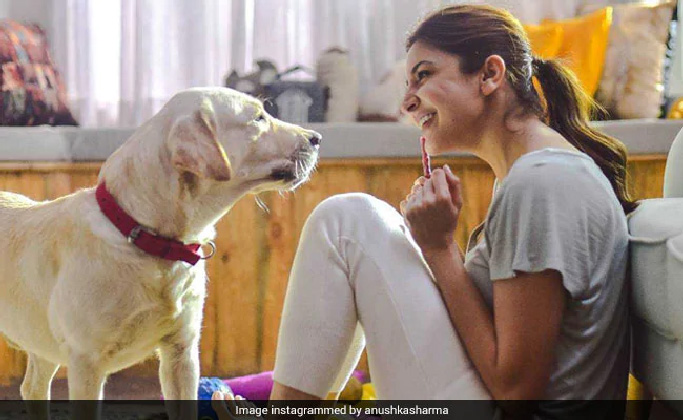 Bollywood actor and producer Anushka Sharma has always been a strong voice for the welfare of the society. In recent times, the actress has also taken up the role of an advocate for better animal rights in the country. Making full use of her celebrity reach, Anushka has launched the #JusticeForAnimals campaign to advocate stricter laws, harsher punishments and better implementations of these laws preventing animal cruelty.
The current law against animal cruelty, The Prevention of Cruelty of Animals Act, 1960 is an archaic one. It sees the accused liable to pay only Rs.10- Rs100 as fine for committing heinous crimes against animals.
“Life is life and each and every life on this beautiful planet is equally important. This world is not just for humans. It is equally for all living beings on this planet and If humans can get justice for crimes committed against them, animals should also have equal rights to get justice. So, for any human to feel his or her life is more important than a voiceless being is nothing short of brutality and comes from a place of entitlement which is undeserved,” says Anushka.
Anushka’s social media following with over 60 million followers over all is massive. She decided to use this digital influence after coming across a case of a gruesome beating and eventual death of a stray dog in Mumbai. Anushka had been sharing updates of the dog with her online community. Her followers also sent in huge support. Ever since, the actress has been having a constructive debate and conversation around animal welfare the country.
“If we as an evolved species can’t take it upon ourselves to protect the interest of these voiceless beings then it is highly shameful that we pride ourselves as the most evolved species. Therefore, it is our duty to protect, nurture and preserve them and humanely treat them with respect and dignity. Over the years, as a voice for the welfare of animals and a voice against cruelty towards animals, I have come across so many cases of absolute ignorance and lack of total empathy and compassion in people towards animals. This exists because the existing laws don’t protect the rights of animals as they should,” she says.
Vocal about equal rights for animals and a thought leader in this space, Anushka adds, “We as a culture and society, have always given so much emphasis on treating all of Gods creations with love and compassion and it breaks my heart to see time and again how cruel some people can be towards these harmless beings. The existing laws are archaic and need to be relooked at and implemented with punishments deserving of the crimes committed so that there is fear in people’s mind before they decide to raise their hands on a voiceless being. Looking at the ecological imbalances and crisis our world is dealing with right now, the time to act is now.”