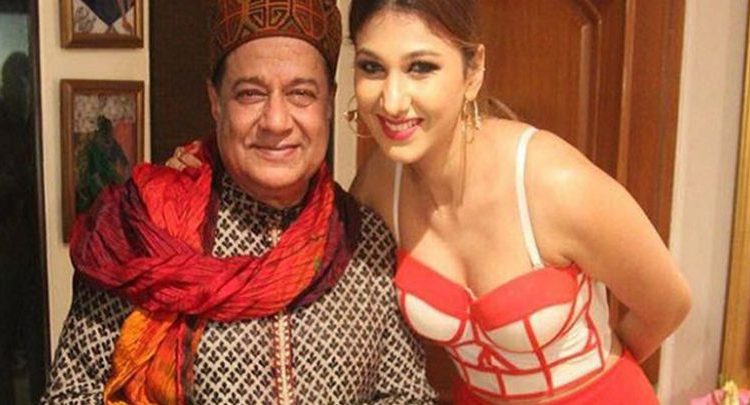 Anup Jalota has dropped the truth bomb after exiting Bigg Boss 12 on Sunday night. Moments after he left Salman Khan’s show, the devotional singer said there was “no love story” with Jasleen Matharu. The 65-year-old Jalota and 28-year-old Jasleen entered Bigg Boss 12 as a couple (jodi) and had said that they have been together for over three years.
“People are not able to understand our relationship. We don’t have any kind of love story. We just share a musical relationship. She is my student and I am her teacher. I help her in learning music,” Jalota said, adding, “There is no girlfriend-boyfriend kind of relationship between us and we are also not involved in any romantic and physical relation.”
He said Jasleen’s father was his very old friend. “I know Jasleen and his family for a long time, A lot of times I have met them at the airport and at their home. But Jasleen and I hardly get time to meet each other. She hasn’t even met my family members yet.”
Contrast this with what Jasleen told Times of India in an interview hours before entering the Bigg Boss house in September: “This is going to come as a huge shock to my parents and friends as no one is aware of my relationship with Anup Jalota ji. We have been dating each other for the last three and a half years. We usually don’t get time to spend with each other in the outside world due to our busy schedules, but now with the help of Bigg Boss, we will get to do so.” Anup and Jasleen confirmed they are in a relationship while speaking to Bigg Boss 12 host Salman Khan on the premiere night.
Despite his popularity, the 65-year-old singer’s journey in Bigg Boss lasted only for a month. “I have earned huge goodwill and respect in my decades long career. Fighting does not suit me. I cannot abuse someone and cannot even take any abuse from someone. So, I think that’s where I lacked and was not able to impress the audience. But I had a lifetime experience in the house. I will miss everyone,” Jalota added.