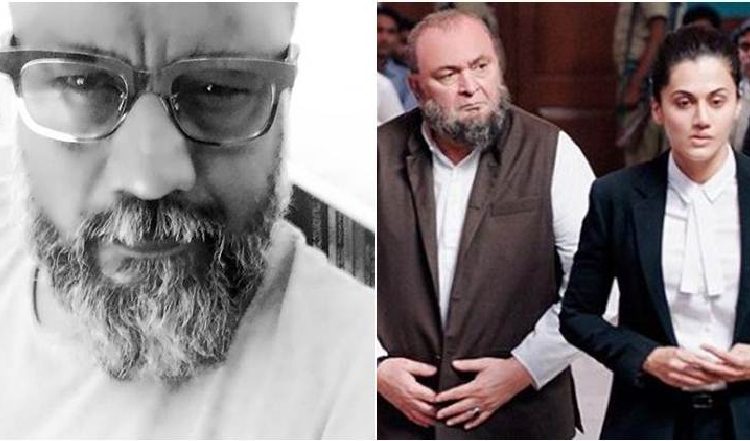 Filmmaker Anubhav Sinha, who is being accused of running propaganda to garner support and sympathy for Muslims through his upcoming film Mulk, has hit out at trolls, saying the movie is not funded by either underworld kingpin Dawood Ibrahim, the Congress or the RSS, and neither is it about Hindus or Muslims.
In a Twitter post on Monday, Sinha, who has directed the movie, articulated his thoughts about the negative comments that he has been receiving against the film, a courtroom drama about restoring the honour of a Muslim family accused of treason.
Sinha has slammed trolls for how they are “lost under heaps and heaps of hate posts that you write every day, every hour for four years now” and without having “a name or a face”.
He explained: “‘Mulk’… No it is not funded by Dawood Ibrahim. You can ask him. Not even Congress. You can ask Rahul (Gandhi). Not even the RSS. You can check with Mohan Bhagwatji. It is funded by Mr Deepak Mukut and his father Kamal Mukut, a veteran in this business.
“No… Every post of mine is not about Mulk. We are spending crore of rupees promoting the film, we spent even more making it. These tweets are just a very minor part of the campaign and like I said, we do have a life.And a voice, so outside of our work we do talk.”
He said reading posts from trolls make him smile, and he “feels bad”.
“Sometimes you do end up hurting us but mostly not because we know it is not your voice. In fact, it is not even you. It is just your fingers and your eyes being grossly underutilised by your masters. It is your master’s instructions and we give a damn about them.”
Sinha took the opportunity also to plug in the film, which features Rishi Kapoor, Taapsee Pannu, Neena Gupta, Manoj Pahwa, Kumud Mishra, Ashutosh Rana, Prachee Shah Paandya, Vartika Singh, Ashrut Jain and Indraneil Sengupta.
“‘Mulk’ is a very nice film. It is not doing what you think it is doing. It is not about your masters. Hindus or Muslims. It is about you and it is about me and mostly it is about us.”