HomeTop StoriesAnother night of farmer protests – at Delhi’s edges, beyond them and in Burari
Top Stories
2 months agoNovember 28, 2020BurariDelhifarmers protest 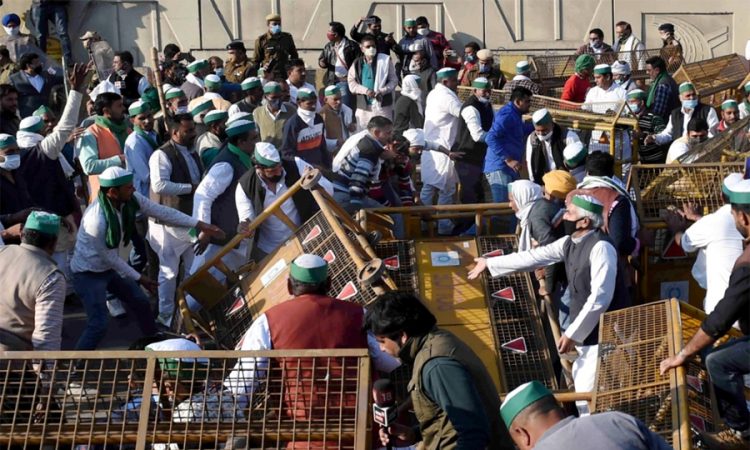 New Delhi/Chandigarh, November 28: Thousands of farmers dug in their heels at Delhi’s border points, their numbers swelling through the day as many more joined them, and hundreds gathered at the city’s Burari grounds on Saturday, disparate but united in their determination to hold protests against the new farm laws.

Haryana Police has booked state BKU chief Gurnam Singh Charuni and several farmers on attempt to murder, rioting, causing obstruction in government duty and other charges for violations during their “Delhi Chalo” march, officials said.
Congress spokesperson Abhishek Singhvi claimed whoever protests against the Modi government is “deemed a terrorist”.
Former party chief Rahul Gandhi referred to a photograph of a soldier lifting his hand in an apparent move to hit an elderly Sikh farmer during the clash at a border on Friday and said on Twitter, “This is a very sad photo. Our slogan was ‘Jai Jawan, Jai Kisan’, but today a soldier is standing against the farmer due to PM Modi’s arrogance. This is very dangerous.” (PTI)