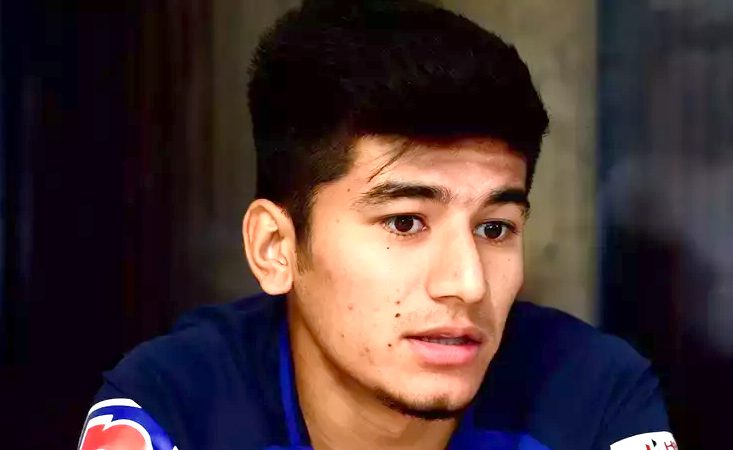 DOHA (Qatar), November 17: Indian footballer Anirudh Thapa feels that the 2022 World Cup in Qataris a gilt-edged opportunity for fans of the beautiful game to experience the greatest spectacle the sport has to offer.
The 2022 edition will only be the second time the World Cup is held in Asia.
The first time was back in 2002 when South Korea and Japan were the hosts.
However, this time around, the tournament will be easily accessible for fans from India, given the proximity between the two countries and the excellent relation between them.
Qatar is also home to a sizeable Indian community and Thapa feels that this only makes it easier for Indians to travel and enjoy the World Cup, which begins in two years’ time.
“We have good relations with Qatar and there are a lot of Indians in Qatar. It should be very easy for us to travel to Qatar and watch the World Cup. I think it is possible that a lot of Indians will go and watch the games in 2022,” Anirudh said in an official statement.
Interestingly, Anirudh himself is keen to travel to Qatar and watch the matches. The talented midfielder hopes that his footballing commitments do not keep him doing so, given that two of football’s biggest stars are likely to play their final World Cup in 2022. Portuguese superstar Cristiano Ronaldo will be 37 and Argentine sensation Lionel Messi will be 35 when the tournament kicks off on November 21, 2022. Anirudh does not want to miss the chance to watch the two legends live on the sport’s grandest stage. “If I am able to, if I don’t have any commitments, I will definitely go and watch the World Cup in Qatar. It is a lifelong dream to watch a World Cup and see the big teams play,” he said. “Also, some of the legends are playing their final World Cup in 2022. So, I definitely want to go to Qatar and watch the World Cup if I’m able to,” the Indian footballer added.
Qatar have already unveiled four venues for the World Cup that have cutting-edge features like the Advanced Cooling Tech that will ensure the climate inside the stadium is controlled. The facilities at the venues and practice pitches have also been described as ‘world-class’ by many legends of the game.
Anirudh also attests to the same, having experienced them first hand during India’s World Cup qualifier against Qatar in September 2019.
The 23-year-old started and played a key role as India held the Asian champions. He also had the chance at several training facilities, which will be used for the World Cup as well. “The infrastructure in Qatar is absolutely amazing. I absolutely loved it. The stadium, the pitches were really nice and the surface is really smooth,” he said.
“We haven’t experienced a proper football stadium in India but in Qatar, the stadium atmosphere was top-notch.” Thapa, who has been to Europe on a training stint to Ligue 1 side FC Metz, feels the facilities in Qatar are better.
“I’ve not been to Europe much but from whatever I saw in France, Italy and Holland, facilities in Qatar are comparatively world-class. The infrastructure is one of the best in the entire world,” he said. (ANI)