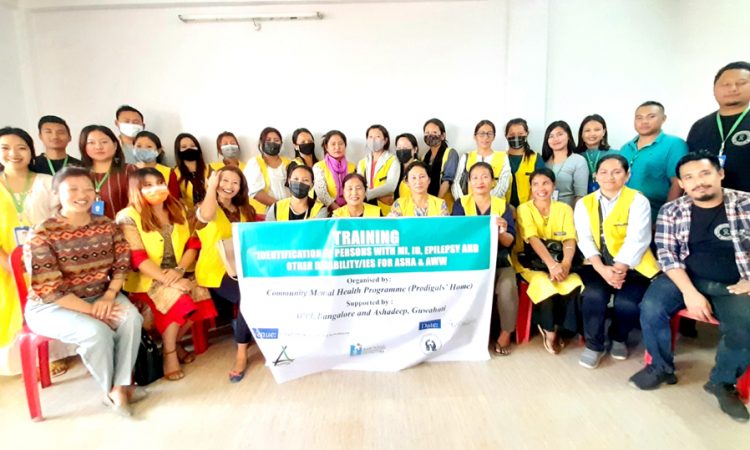 A press release from the organisers on Wednesday informed that mental health concept, mental illnesses such as schizophrenia, bipolar disorder, other psychotic disorders, depression, anxiety, obsessive compulsive disorder, phobias, etc, convulsive epilepsy and intellectual disability were the topics covered by the resource persons Tiarenla, Yeshito, Kedingunuo and Toshiwapang.
Anganwadi workers work closely with the community and thus the main objective of the training is to accustom the Anganwadi workers with the cited illnesses/disorders so that they can easily identify persons with such illnesses/disorders and refer them to CMHP project for treatment and intervention, it stated.
CMHP project specifically deals on the cited subjects and provides services for persons with such illnesses such as diagnosis and medication by a consultant psychiatrist from Guwahati and clinical psychologist from CIHSR, Dimapur.
Psycho education and follow-ups through structured home visits besides other activities such as training for stakeholders, awareness programs, IEC development, etc are also carried out by the CMHP team. The CMHP, funded by Azim Premji Philanthropic Initiatives, Bangalore and technically supported by Ashadeep, Guwahati, is currently intervening in all the villages/wards under Chumukedima block. (Page News Service)