Dimapur, July 4: The ANATG-2015 has clarified that it temporarily suspended the indefinite hunger strike and all other democratic acts of resentment from July 1 last till further notice considering the sympathetic concerns from the All Nagaland School Teachers’ Association (ANSTA), Naga Students’ Federation (NSF) and the Eastern Naga Students’ Federation (ENSF).
In a press release, the group, however, said a final agreement is yet to be finalized with the Government/ Department along with ANSTA/ NSF/ENSF and the aggrieved ANATG-2015 Batch, which will likely be reached on July 5.
ANATG said despite launching four phases of agitation owing to the “unjust delays” by the Government/ Department to regularize the service of 1166 Grade III ad-hoc teachers, the group launched indefinite hunger strike from June 29 to 30. The hunger strike was temporarily suspended after ANSTA, NSF and ENSF proposed filing interlocutory application-(IA)on behalf of the ANATG-2015.
The ANATG-2015 also clarified that it was only due to the recruitment policy of the Government of Nagaland that the present aggrieved Grade-III ad-hoc teachers had to occupy the vacant state sanctioned post on ad-hoc basis. “Had the Government conducted recruitment test before the appointment, the present aggrieved teachers could had followed the recruitment policy in order to occupy the sanctioned post on regular basis,” it said.
But the present aggrieved grade-III teachers had to complete a minimum of three years of service and appear the suitability test of which all the present 1166 Grade-III ad-hoc teachers have successfully cleared, followed by spot verification of documents on 20th May 2017 with all other necessary clearances from the P&AR Department, it added. (Page News Service) 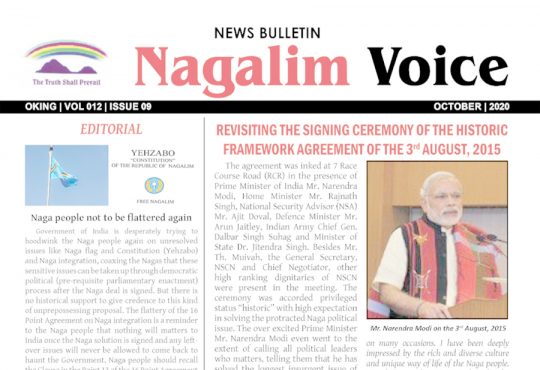