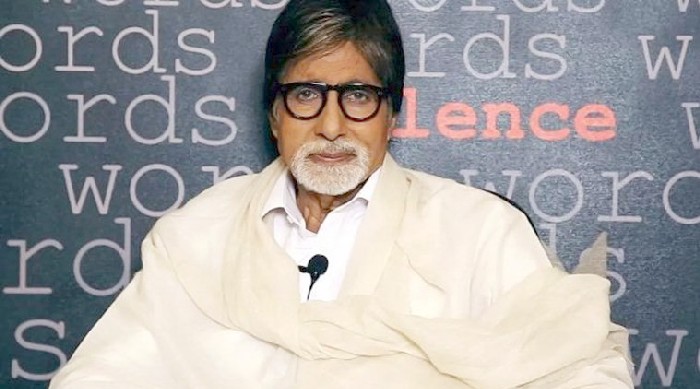 Megastar Amitabh Bachchan is set to recite a poem for his upcoming mystery thriller “Chehre”.
The 78-year-old actor will shoot the special video on Monday. The poem has been penned by “Chehre” director Rumy Jafry.

In April this year, composers Vishal-Shekhar had recorded the orchestral rendition of the title track with 107 musicians in Prague.
“Chehre” producer Anand Pandit said Bachchan will now lend his voice and “add another dimension altogether to the track.”
“He is a perfectionist and everything he does, be it a small movement before the camera, an action sequence, a close-up, a song he has to hum, or just be silent, he gives the moment his all.
“I am looking forward to seeing how he delivers the poem because it is going to be a once in a lifetime experience,” Pandit said in a statement.
Bachchan has previously recited poems of Sahir Ludhiyanvi and Javed Akhtar for his films “Kabhi Kabhie” (1976) and “Silsila” (1981), respectively.
“Chehre” also stars Emraan Hashmi, Annu Kapoor, Krystle D’Souza, Dhritiman Chatterjee, Raghubir Yadav, Siddhanth Kapoor and Rhea Chakraborty.
The film was set to release theatrically in April, but the makers pushed the date due to the second wave of the coronavirus pandemic.
(PTI)