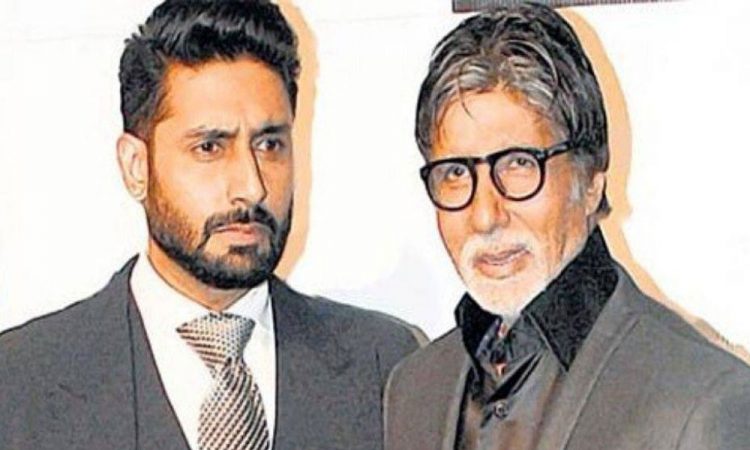 Actor Abhishek Bachchan has said his father, actor Amitabh Bachchan, has tested negative for Covid-19 and has been discharged from Mumbai’s Nanavati hospital after a 23-day stay. Abhishek added that he is still positive for the coronavirus due to ‘some comorbidities’ and continues to be at the hospital.
He wrote on Twitter, “My father, thankfully, has tested negative on his latest Covid-19 test and has been discharged from the hospital. He will now be at home and rest. Thank you all for all your prayers and wishes for him.” The 77-year-old actor also tweeted his health update, “T 3613 – I have tested CoVid- have been discharged. I am back home in solitary quarantine. Grace of the Almighty, blessings of Ma Babuji, prayers & duas of near & dear & friends fans EF .. and the excellent care and nursing at Nanavati made it possible for me to see this day .”
Abhishek, however remains at hospital. He wrote in another tweet, “I, Unfortunately due to some comorbidities remain Covid-19 positive and remain in hospital. Again, thank you all for your continued wishes and prayers for my family. Very humbled and indebted. I’ll beat this and come back healthier! Promise.”
Amitabh announced on July 11 that he had tested positive for the virus and was in hospital. Abhishek had also said soon after that he had tested positive for Covis-19 and was also in the same hospital. Abhishek’s wife Aishwarya Rai Bachchan and daughter Aaradhya also tested positive and were quarantined at home. However, the two were admitted to hospital after they developed symptoms for the disease.
Aishwarya and Aaradhya were discharged on July 27, which was also confirmed by Abhishek, “Thank you all for your continued prayers and good wishes. Indebted forever.. Aishwarya and Aaradhya have thankfully tested negative and have been discharged from the hospital. They will now be at home. My father and I remain in hospital under the care of the medical staff.”
Amitabh had recently thanked his followers in his blog and said that it is the love of his fans which keeps him going. Talking about going through all fan mails on social media, he wrote, “BUT .. amongst all this there is the Ef and their love .. this is looked forward to with happy expectation .. what is so and so going to send me today .. which prayer , which heavenly body , which inspirational writing of verse shall it be .. .I receive all in the limited time I am given to be here .. and it is the best time of the day …My love to all of you for that .. I see you, feel you , by my side.”