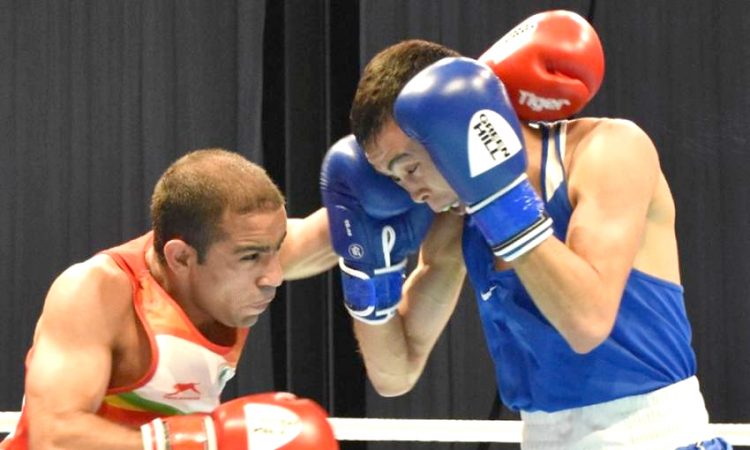 The top-seeded Indian defeated Bibossinov 5-0. The Kazakh is a world championship bronze-medallist and had lost to silver-winner Panghal in the semifinals of that event as well.
Panghal was in top form as he took control with his sharp counter-attacks against the defensively weaker Bibossinov.
The Indian played the waiting game to perfection as the third-seeded Bibossinov’s plan to dazzle him with early aggression fell flat as the bout progressed.
The world number one from Haryana became the aggressor in the final round as Bibossinov ran out of steam.
On Thursday night, four Indian women boxers had advanced to the finals.
Six-time world champion MC Mary Kom (51kg), Lalbuatsaihi (64kg), Pooja Rani (75kg) and Anupama (+81kg) won their bouts to make the summit clash.
Of these, Pooja got a walkover after her opponent pulled out.
It was heartbreak for two-time world youth champion Sakshi Choudhary (54kg) as she lost her final spot after her rival, top-seeded Kazakh Dina Zholaman, successfully challenged the narrow victory that she had clinched in the last-four stage.

Sakshi had prevailed 3-2 in the regulation bout but the decision was challenged by the Kazakh team and eventually overturned. (PTI)