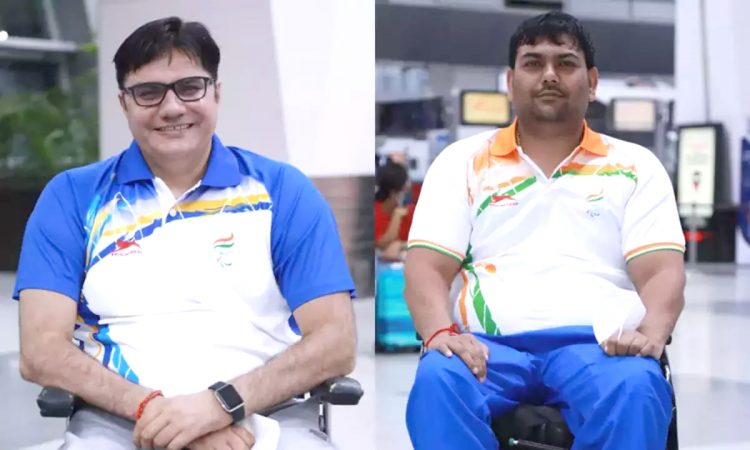 TOKYO, September 1: The Indian duo of Amit Kumar and Dharambir ended fifth and eighth respectively in the F51 men’s club throw competition of the Paralympics on Wednesday.

Kumar’s best effort of the evening was 27.77m, which was also his season’s best performance. The 36-year-old had finished fourth in the Rio Paralympics five years ago with an effort of 26.63m.
Kumar is the reigning Asian Para Games champion as well.
The 32-year-old Dharambir, who won the Asian Para Games silver behind Kumar in 2018, produced an effort of 25.59m which was also a seasonal best for him.
With this event, India ended the day medal-less after touching the unprecedented double-digit mark on Tuesday with a haul of 10 so far, including two gold.
F51 classification is for athletes with impaired muscle power, restricted range of movement, limb deficiency or leg length difference due to cervical cord injuries, spinal cord injuries, amputations, or functional disorders. Athletes compete in seated positions.
While Dharambir became a paraplegic after a diving accident, Kumar’s quadriplegia resulted from a road accident in 2007.
The Indians’ performances fell way short in comparison to gold-medallist Musa Taimazov of the Russian Paralympic Committee.
Taimazov hurled the club to 35.42m, creating a new world record in the process.
The silver was claimed by Czech Republic’s Zeljko Dimitrijevic, who recorded a personal best of 35.29m.
Slovakian Marian Kureja, who logged a distance of 30.66m, took home the bronze medal.

Club throw is the Paralympic equivalent of the hammer throw event in the Olympics and here the objective is to throw a wooden club the farthest. (PTI)