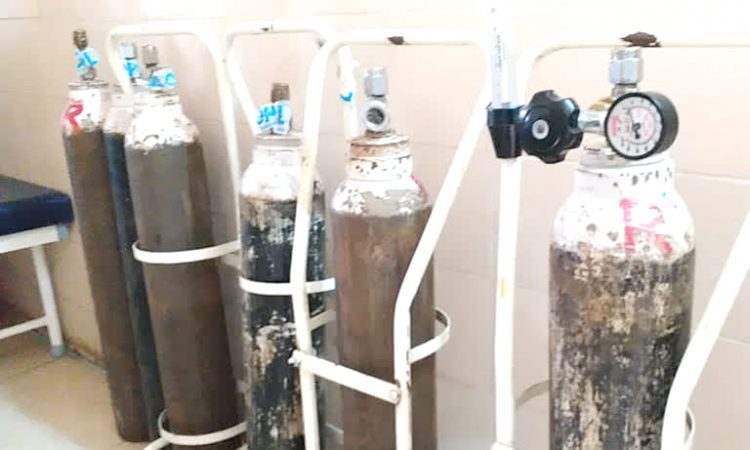 Amethi (UP), April 28: The police have booked a man here under the Epidemic Act, accusing him of creating fear among the people after he went on Twitter asking for an oxygen cylinder for his 88-year-old relative.

“Need oxygen cylinder, ASAP,” Shashank Yadav had tweeted on Monday, and tagged Bollywood actor Sonu Sood.
On Tuesday, Union minister and Amethi MP Smriti Irani tweeted in response, “Called Shashank thrice…no response on the number shared by you in your tweet.”
She also said she had alerted the District Magistrate and Amethi Police to find the person and help him.
When asked about the matter, Superintendent of Police Dinesh Singh said on Wednesday Yadav had tweeted for a distant relative.
“When he was called, he did not pick up. We thought he might be in some problem and therefore he was not picking up the phone. So we used surveillance and tracked his location and reached his house, where he was found sleeping,” Singh said.
“Shashank’s motive was to create sensation and fear,” he added.
The Amethi Police tweeted on Tuesday, “Neither the patient had Covid-19 infection nor did he require oxygen. He died due to cardiac arrest at 8 pm Monday. Making such tweets are not only condemnable but also an offence.”
In his tweet, Yadav also had not said that his relative was Covid-19 positive.
An FIR was lodged against Yadav under relevant sections of the Epidemic Act, and he was served a notice under section 41 of the CrPC (requiring appearance before police to prevent the person from committing any further offence), the SP said.
Yadav was taken to a police station for questioning, but was later let off, he said.
Chief Medical Officer, Ashutosh Dubey said Yadav’s relative was not COVID-19 positive and was receiving treatment under a private doctor.
(PTI)