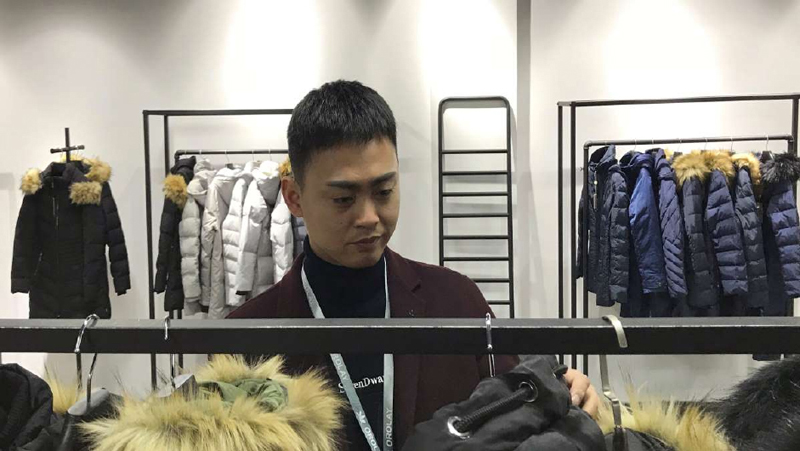 The seamless fusion of social media and e-commerce has turned around the fortunes of Kevin Chiu, a garment maker from Jiaxing, a city in China’s eastern Zhejiang province. In January, sales of Chiu’s winter jacket for women, sold under the fashion label Orolay, soared on the Amazon e-commerce website.
The 32-year-old entrepreneur estimates that his firm made a jaw-dropping $5 million in sales in January alone. His yearly revenue could climb to anywhere between $30 million and $40 million.
“We made more money in January than we did for the whole of 2017,” Reuters quoted Chiu as saying.
In the US, where Chiu unearthed his fortune, his puffer jacket has spontaneously acquired a new brand name. It is simply called “Amazon coat”. With its newly acquired brand identity, postings about the outerwear, slightly oversized, with large standout pockets, on the Amazon website, have gone viral.
Legions of experts in the marketing and advertising universe are now digging into the secret of this humble product’s unbelievable success in America, which is supposedly engaged in a low-intensity trade war with China.
Apart from its appealing, lightly rebellious design, and choice of 5 trendy colours, the pricing of the product has been crucial. At around $130 or less on Amazon, the jacket, filled with down feathers sourced from China’s inner provinces of Hebei and Anhui, outprices its more established peers by several miles.
But perhaps more importantly, Chiu’s cash box has been ringing because the jacket has been reviewed more than 6,000 times on the e-commerce website.
An article on the CNBC website quoted Alexis DeSalva, a senior retail and e-commerce analyst at consultancy Mintel, as saying the Amazon coat’s success can be attributed to the shopping experience of peers, shared on social media.
“A well-reviewed item or one shared on certain social platforms can influence women’s shopping decisions, prompting them to buy an item and even share their purchase with others, which can result in a domino effect,” DeSalva said.
According to a survey by Mintel in the US, in September 2018, 56% of women in the 18-34 age group said they would be willing to buy something because a friend posted about it on social media, compared to 38% for all age groups.
Besides, many young people may be identifying with the Amazon coat’s ‘subversive’ appeal, which can be seen in the astounding success of an unknown brand against well-known icons in the business.
An article on the China Daily website pointed out that Chiu is among a wave of Chinese merchants who have benefited from recent business-friendly measures that Amazon has introduced to sell on its site.
In the last 5 years, the number of Chinese merchants began to pick up after the US e-commerce giant introduced measures that allowed sellers worldwide to store products in its warehouses.
Less attractive
Late last year, the company also started a programme that filtered China-based sellers and linked them with local lenders. The Reuters report quoting analysts said that the number of Chinese merchants on Amazon is set to grow further as fierce competition and rising costs have made it less attractive to sell on local e-commerce sites like Alibaba Group Holding Ltd’s Tmall.
“We did sell on Alibaba in the early days… but competition in China is stiffer,” Chiu said.
Despite his game-changing innings with Amazon, the Chinese entrepreneur is considering branching out, pointing to offers from retailers, including Walmart, and US shopping site Rue La La to sell on their sites.
In future, Orolay’s product line could extend to cotton clothing and men’s outerwear. But for now, Chiu is elated with his unexpected success.
“I went to New York for vacation twice last year, and was so excited to see that people on the street are wearing our jackets,” he told Reuters.
“I was very eager to ask them how they like our jackets, but didn’t do it because I don’t speak much English,” he added.
Atul Aneja is The Hindu’s Beijing Correspondent (Courtesy: The Hindu)