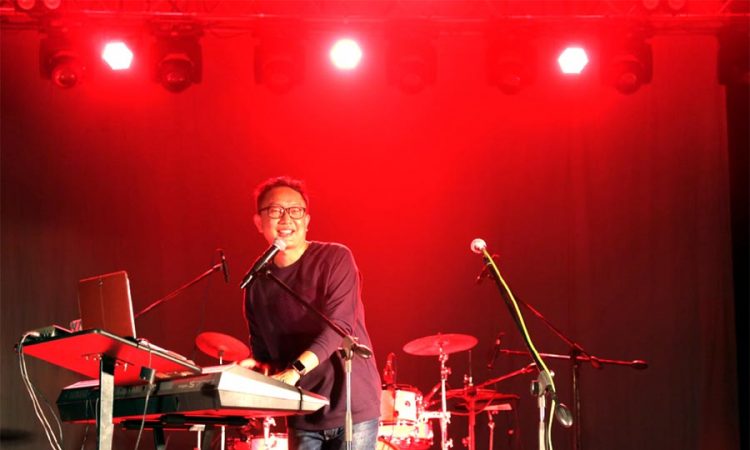 Alobo Naga performed his first concert in Gujarat at Baroda on December 21 at CC Mehta Auditorium, University of Baroda. ‘The Dare to Dream’ concert was organized by the Alpha Bible Church, Baroda and participants as far as from Ahmadabad came to see him perform.
Alobo Naga performed for over 90 minutes singing songs from his album Kini and also from his first album like “Kumsujulo” along with few English & Hindi cover songs. In the middle of the concert, he shared his story.
Alobo Naga performed on Saturday at Tata Institute of Social Science, Mumbai.