HomeSportsAllowed an Australian to score a century: Steve Bucknor admits his ‘two mistakes’ might have ‘cost’ India the Sydney Test in 2008
Sports
7 months agoNo tags 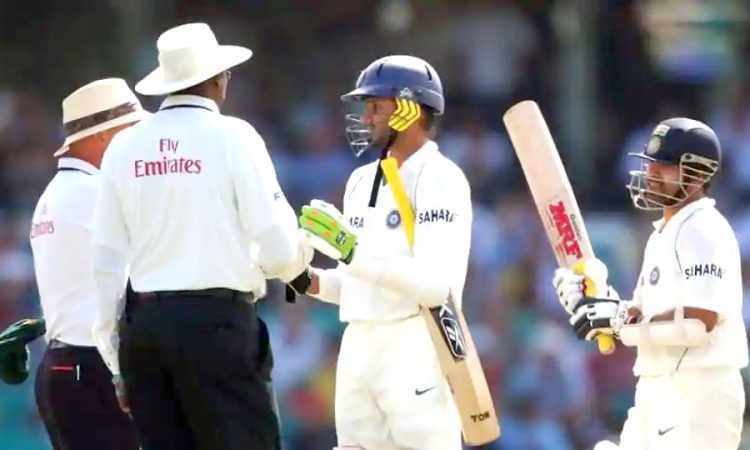 New Delhi, July 19: The India vs Australia Test match at Sydney in 2008 would perhaps go down as one of the most controversial Test matches between the two countries. Cricket took backstage with the Test match revolving around the controversial umpiring decisions by Steve Bucknor and Mark Benson and the ‘monkeygate’ scandal between India’s Harbhajan Singh and Australia’s Andrew Symonds.
12 years after that Test match, which Australia won in dramatic fashion in the dying hours of Day 5, umpire Steve Bucknor agreed that his two mistakes might have cost India the Sydney Test.
“I made two mistakes in the Sydney Test in 2008,” Bucknor told Midday.
“Mistake one, which happened when India were doing well, allowed an Australian batsman to get a hundred. Mistake two, on Day Five, might have cost India the game. But still, they are two mistakes over five days. Was I the first umpire to make two mistakes in a Test? Still, those two mistakes seem to have haunted me,” Bucknor added.
The West Indian umpire was referring to his decision on Day 1 of the Test match that allowed Andrew Symonds a life. Australia were tottering at 135 for six when Symonds and Brad Hogg had just started to build a partnership.
India’s Ishant Sharma found the inside edge of Symond’s bat when the all-rounder was batting at 30 but Bucknor ruled it as not out.
Symonds, later on, survived another stumping appeal which could have gone either way. He rode his luck to slam 160 as Australia posted 463. In reply, Sachin Tendulkar and VVS Laxman hit centuries as India took a 69-run lead.
Australia set India 333-run target on Day 5 with only 72 overs of play remaining. India were recovering from a poor start with Rahul Dravid and Sourav Ganguly stitching a good partnership before the former was given out caught for 38 in the 34th over off Andrew Symonds’ bowling by Steve Bucknor. Replays showed there was no bat involved, the ball had actually gone off Dravid’s pads. This Bucknor referred as his ‘second mistake’ which he believed might have ‘cost India the Test match’.
Ganguly too fell to a controversial umpiring decision but MS Dhoni and Anil Kumble had managed to take India deep. After Dhoni’s dismissal, India’s tail could not wag as Michael Clarke took three wickets in one over to seal a 122-run win.
“You need to know why mistakes are made. You don’t want to make similar mistakes again. I am not giving excuses but there are times when the wind is blowing down the pitch and the sound travels with the wind. The commentators hear the nick from the stump mic but the umpires may not be sure. These are things spectators won’t know,” Bucknor added. (HT)