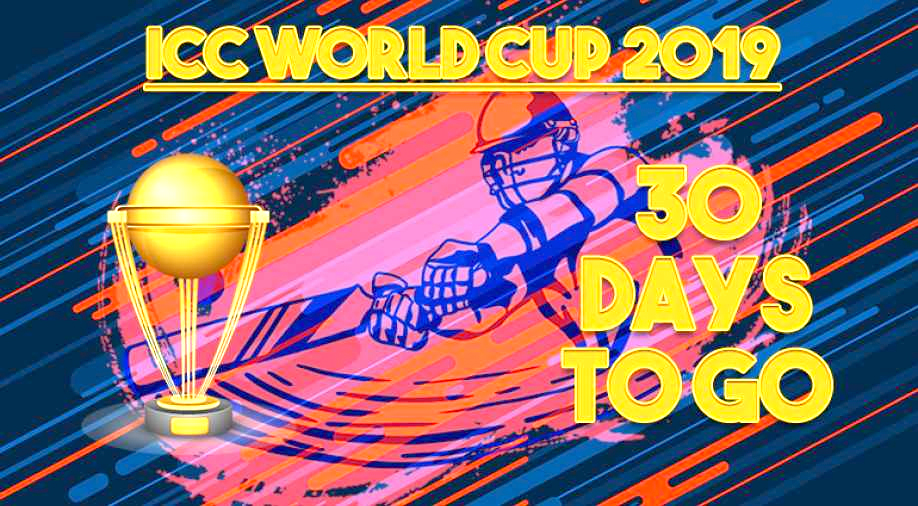 The countdown has begun…

With just 30 days away from the cricket’s mega event, ICC World Cup 2019, the buzz can be easily sensed as the players are sweating it out for the main event. The cricket fanatics are ready for their daily dose of entertainment and the tournament will definitely serve them well with enough topics for their 9 pm dinner table discussions.
The upcoming World Cup, which will be hosted by England and Wales from May 30 to July 14, is the 12th cricket World Cup.
This is the fifth World Cup that will be held in England and Wales. The previous ones were in 1975, 1979, 1983 and 1999.
On tough and challenging English pitches which tend to swing more than usual, the participating countries will look to play a better game of cricket to win the tournament.
A total of 10 countries will participate, having one dream in common, clinching one of the most coveted trophies of the sporting world.
England, South Africa, India, Australia, New Zealand, Pakistan, Bangladesh, Sri Lanka, Afghanistan and West Indies are the participating countries.
The format of the World Cup 2019 will be round-robin, which means, all countries will play each other once and the top four will enter the knockout stages.
In the group stage, a total of 45 matches will be played and each team will play a total of nine matches.
This World Cup is also the first to be contested without all of the Test playing nations as Ireland and Zimbabwe did not qualify.
The opening match, which is between the hosts England and South Africa will be played at The Oval and the final will be played at the “Home of Cricket” Lord’s Cricket Ground.
Before the main tournament, ten non-One Day International warm-up matches will be played from May 24 to May 28. (Courtesy: wion)