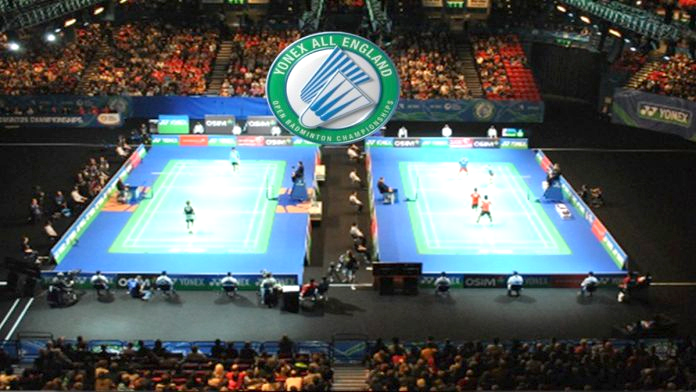 BIRMINGHAM, March 18: Young Indian shuttler Lakshya Sen progressed to his maiden quarterfinals at the prestigious All England Open Championships but it was curtains for compatriot HS Prannoy after he went down in straight games in the men’s singles second round on Thursday.

The 19-year-old Lakshya from Almora, who had claimed five titles in 2019, saw off France’s Thomas Rouxel 21-18 21-17.
Lakshya, who had claimed the Asian Junior Championships title, the World Junior championships bronze and Youth Olympics Games silver in 2018, will next face either Ireland’s Nhat Nguyen or Netherland’s Mark Caljouw.
Prannoy, a former top 10 player, however, couldn’t find his way across world No. 1 Kento Momota, the Japanese playing his first event since a horrific accident that saw him undergo eye surgery last year.
The Indian lost 15-21, 14-21 in a 48-minute match to bow out of the competition.
Also ousted from the tournament was the mixed doubles pair of Satwiksairaj Rankireddy and Ashwini Ponnappa, who lost 19-21, 9-21 to Japanese duo of Yuki Kaneko and Misaki Matsutomo in the opening round.
On Wednesday night, Prannoy along with Lakshya, Olympic hopeful B Sai Praneeth and Sameer Verma had entered the second round but former world No. 1 Saina Nehwal was forced to concede her opening women’s singles match after suffering an injury.
Saina, who finished second best here in 2015, looked in discomfort with her right thigh and decided to retire after lagging behind (8-21, 4-10) in her opening round match against seventh seed Mia Blichfeldt of Denmark.
In the men’s singles, world No. 15 Praneeth had beaten France’s Toma Junior Popov 21-18, 22-20, while Prannoy brushed aside Malaysia’s Daren Liew 21-10, 21-10.
Sameer outlasted Brazil’s Ygor Coelho 21-11, 21-19, while Lakshya had stunned Thailand’s world No. 18 Kantaphon Wangcharoen 21-18, 21-12.

In the mixed doubles, Pranaav Jerry Chopra and N Sikki Reddy went down 15-21, 17-21 to Denmark’s Rasmus Espersen and Christine Busch in the opening round.
Olympic silver medallist PV Sindhu will also be seen in action later in the day against Denmark’s Line Christophersen. (PTI)