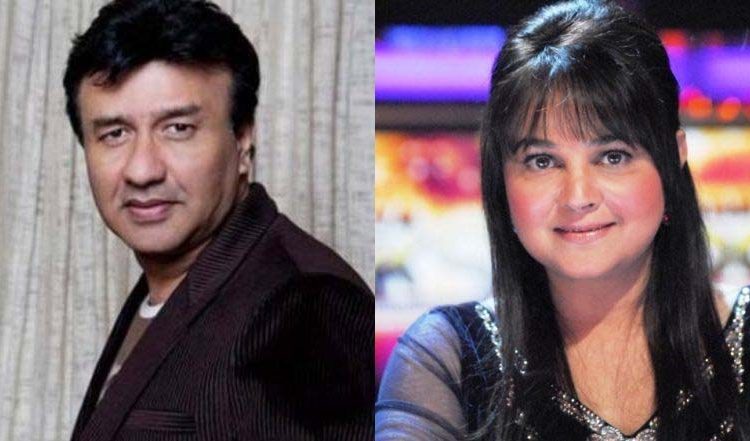 Veteran music composer Anu Malik, who is under the scanner for the numerous allegations of sexual harassment against him, on Sunday, announced in a statement that he is taking a break from the singing reality show ‘Indian Idol 10’.
According to reports, the decision came after the television network airing the show, prompted him to step down on account of the singers Sona Mohapatra and Shweta Pandit accusing Malik of sexual harassment. Two other anonymous budding singers also levied similar allegations against him.
However, Malik’s lawyer denied the allegations, saying India’s #MeToo movement is being used for his client’s “character assassination.”
According to a report on Deccan Chronicle, singer Alisha Chinai has come forward to validate the allegations against Malik, claiming that “Every word said and written about Anu Malik is true.” She also said that she stands by all the women who have finally spoken up and hoped that they can now find peace and closure in their lives.
For the uninitiated, Alisha Chinai is regarded as the original #MeToo girl, as she had filed a sexual harassment suit against the music composer-director back in the 1990s. She even got a restraining order was passed against him. After pressing charges, the singer reportedly went off the grid, to reportedly deal with the trauma.
The report also quotes a music composer saying that Malik didn’t even spare his own and claimed that many were attacked in his hose with his wife and daughters present. The composer also went on to state that because producers and filmmakers like Sajid Khan, Sajid Nadiadwala, J. P. Dutta, Gulzar and Rakeysh Mehra continued to work with him, he was emboldened to continue his predatory behaviour.
The report also quotes the composer saying that his nephews Amaal Mallik and Armaan Malik used to “talk about it,” but still “turned a blind eye” to his behaviour.