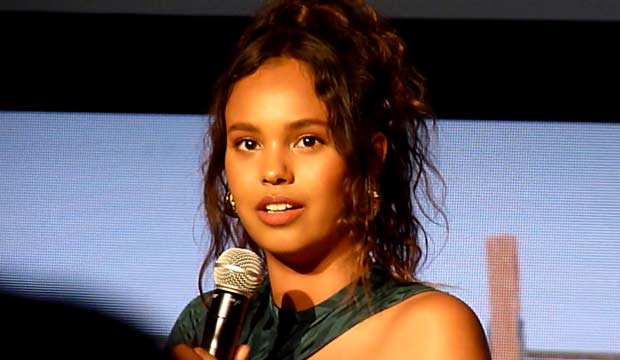 13 Reasons Why star Alisha Boe has joined the cast of Jesse Eisenberg’s directorial debut “When You Finish Saving The World”. The project, based on Eisenberg’s Audible Original of the same name, will be produced by his “Zombieland” movies co-star Emma Stone, Dave McCary.
Boe, who found fame after playing Jessica in Netflix’s hit teen series “13 Reasons Why”, will star alongside Julianne Moore and Finn Wolfhard in the movie, reported Deadline. The comedy-drama will focus on the relationship between Wolfhard and Moore’s characters.
The plot is different from Eisenberg’s six-part audio show, which is set over three decades and follows three members of a family. Nathan, a father learning to connect with his newborn son; Rachel, a young college student seeking to find her place in a relationship and in life; and Ziggy, a teenager hoping to figure out where he came from, and where he’s headed.
Moore will also serve as a producer on the film. (PTI)