HomeInfotainmentAli Fazal: No point of art if you can’t speak up
Infotainment
2 years agoSeptember 16, 2019No tags 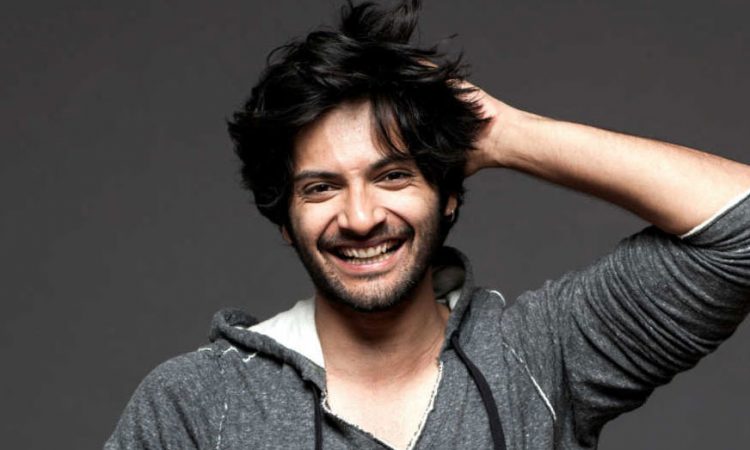 Actor Ali Fazal believes it is the responsibility of artistes to comment on the times they live in not only through their art, but also in their personal capacity because of the influence they hold over the audience.
Ali adds gone are the days when artistes could call themselves apolitical, thereby excusing themselves from the environment they inhabit.
“We as actors have to be more responsible citizens. The way we conduct ourselves outside, the way we talk or the ideologies we project say a lot about how much we care about our people and the country. Politicians are not the only representatives. Of course, they are part of a structure that has to run the country, but art at the same time questions the grounds on which the country is treading. So that’s equally important if not more,” Ali Fazal told indianexpress.com.
“We need to be equally vocal and out there, otherwise we are just lying. What’s the whole point of art if you can’t even speak up and play it safe? Those times are over when people could sit back and say, ‘Hey I am apolitical. I don’t vote and get into all that.’ That’s sad. We need every forefinger inked,” the actor added.
Opinionated artistes don’t have it easy in the Hindi film industry. This pushes one to ‘play safe’ in order to thrive. But that doesn’t scare Ali Fazal. The Prassthanam actor said, “I would like to believe I am a part of multiple industries. I have a responsibility to (people) not just here, but globally too. There are people listening. I am also part of the academy, so I have to be very measured when I am speaking. I am speaking on behalf of a lot of people.”
Ali who made his international debut with Furious 7, followed it up with English film Victoria and Abdul, earning rave reviews for his performance. He recently bagged a role in upcoming Hollywood adaptation of author Agatha Christie’s Death on the Nile.
But much before the international outing, which will also feature Gal Gadot, Ali Fazal will be seen in action-drama Prassthanam which arrives in screens next Friday. The coming week will also see the actor make his hosting debut at the 20th edition of International Indian Film Academy Awards to be held in Mumbai from September 16-18.
Ali will be co-hosting IIFA Rocks with actor Radhika Apte. “They (IIFA) are the ones who have taken a risk on me. I like talking. Let’s see how this one goes. I have never hosted before. It’s going to be fun because I know Radhika as well. She is a friend. It’s a fun team,” he said.
What also makes hosting exciting for Ali Fazal is his belief that such stints can serve as good auditions for actors.
“This is a piece of advice from a novice like me to filmmakers: If you want to audition people, go see them in an award ceremony or somewhere they are hosting. That’s how you will know that someone can fit in multiple parts or one. Here, what happens is we are so used ‘oh you have a beard, so give him only bearded characters.’ Our imagination stops. We are used to those looks and our last Fridays. The flip side is sometimes they also get to know the bad things. The demons also come out. But I am not nervous. I have become a little shameless on that front. It’s fine. I love performing on stage,” Ali concluded.