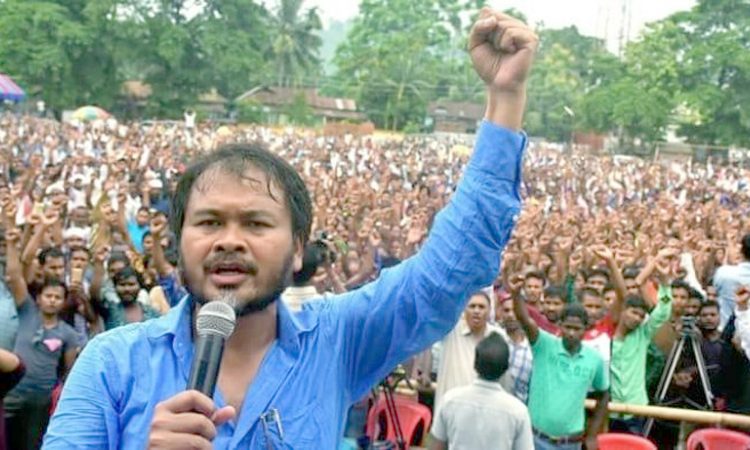 Moran (Assam), January 9: Assam’s newly floated political outfit Raijor Dal on Saturday called upon all regional parties to unitedly fight the ruling BJP and demanded the release of its incarcerated founder president Akhil Gogoi.
The regional outfit, on the concluding day of its three-day first convention, said the BJP is “threatening the existence” of the indigenous people of the state through the Citizenship Amendment Act (CAA).
It also demanded the release of Gogoi, who has been jailed since December 2019 after the government came down heavily on the anti-CAA agitation in the state.
The committee has named noted litterateur Dr Hiren Gohain as its chief advisor.
Elections to the 126-member Assam assembly are due in March-April. (PTI)