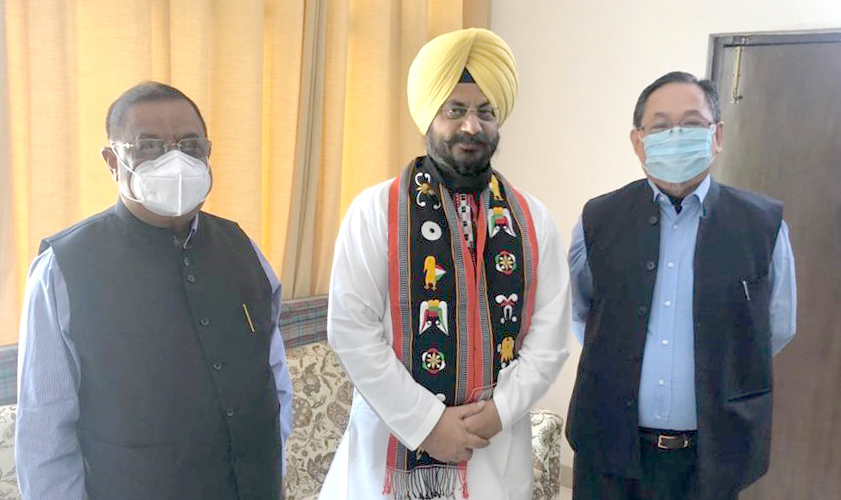 Dimapur, September 20: In view of PMOs announcement to resolve the political problem within September end 2020, the Nagaland Pradesh Congress Committee (NPCC) has taken up the issue with AICC and its parliamentary leaders of both Rajya Sabha and Lok Sabha for support.
In a press release, NPCC president K Therie said a meeting on the issue reviewed Nagaland’s political journey from the Naga Hills Memorandum submission to Sir Simon Commission on 10th January 1929, the milestones and achievements till date.
“We have conveyed the stakeholders’ aspirations and demands. Shri Kuljit Singh Nagra MLA and Gen. Secy. AICC I/c of Nagaland, Tripura and Sikkim patiently heard the plight and living conditions of our people been subjected to multi-Government writs,” said Therie.
Informing that the Framework Agreement as is elaborated in the 213th Report of Parliamentary Standing Committee on Home Affairs was further discussed, he said the meeting also discussed the issues raised in stakeholders’ consultative meetings with the Interlocutor who is also the Governor of Nagaland.
“We have made our point clear that 23 years of negotiation is deliberate torture to peace loving citizens. It is not reasonable for the Government of India and negotiating teams to further the negotiations.”
The NPCC said Kuljit Singh Nagra had assured to take forward the issue to the Congress president, CWC members and Congress parliamentary leaders in both Rajya Sabha and Lok Sabha for their consideration and to ensure that the interests of the stakeholders are well protected. (Page News Service)