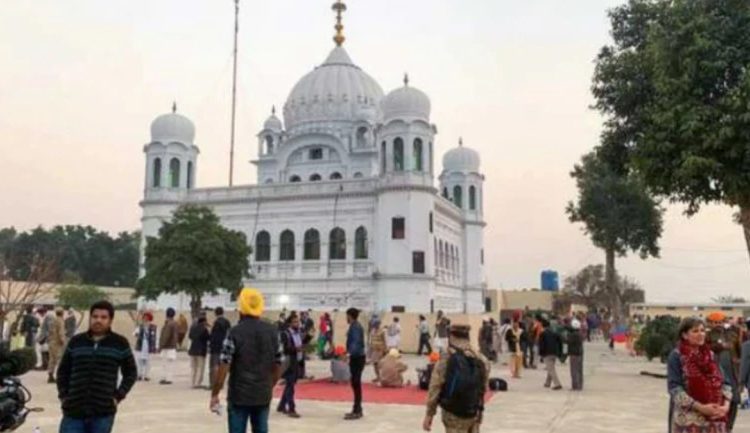 New Delhi, November 6: India has shared with Pakistan specific security threats posed by terror groups to the Kartarpur Corridor and will keep a very close watch for attempts by pro-Khalistan elements to misuse the project, people familiar with developments said on Wednesday.
The corridor, which connects Dera Baba Nanak in India’s Gurdaspur to the Durbar Sahib gurdwara in Pakistan’s Kartarpur, can help build peace but is not expected to lead to any immediate breakthrough in the tense relations between the two sides, the people said.
With just two days to go for the inauguration of the two separate sections of the corridor by India and Pakistan, the people said New Delhi had shared with Islamabad specific threats and concerns flagged by security agencies. They said the time had come for Pakistan to walk the talk about not allowing the corridor to be misused for activities detrimental to the interests of India.
“We have highlighted specific threats from entities like Khalistan Liberation Force, Babbar Khalsa, Sikhs For Justice, Lashkar-e-Taiba and Jaish-e-Mohammed in view of the heightened sensitivities. We have asked Pakistan to ensure there are adequate security arrangements and not to allow others to embarrass or harm our dignitaries and pilgrims,” said a person familiar with planning for the project who spoke on condition of anonymity.
“We have also asked Pakistan to ensure that the corridor isn’t used for anti-India activities or propaganda and they have assured us this won’t happen. We have to wait and watch, the proof of the pudding is in the eating,” the person added.
The people noted that the agreement on the corridor signed by the two countries last month includes provisions for the suspension of operations in the event of certain exigencies and threat concerns.
Both sides had agreed last year to open the corridor in time for the 550th birth anniversary of Guru Nanak and the project has survived two crises – the military stand-off following the February 14 suicide attack at Pulwama that killed 40 Indian troopers and the heightened tensions following India’s August 5 decision to strip Jammu and Kashmir of its special status.
The corridor will allow Indian pilgrims to travel without visas to the gurdwara built at the site where the founder of the Sikh religion spent the last years of his life. However, Pakistan has insisted on charging a service fee of $20 from the pilgrims despite India’s repeated objections.
The people said the Pakistan Army was the main driving force behind the project and the Frontier Works Organisation, a military engineering unit, had completed the construction work in record time with “unusual alacrity”.
“There is an underlying strategic objective of leveraging and promoting a separatist movement in another border state of India, and that’s why we have things like a video for Kartarpur featuring Khalistani separatists,” said a second person who too declined to be identified.
The people also referred to efforts by SFJ, declared a terror organisation by India, to organise the so-called “Referendum 2020” on the issue of Khalistan and said India had registered its concerns on all these issues with Pakistan.
“India has walked into this with its eyes wide open. We have been driven by the sentiments of the people of Punjab on the 550th birth anniversary of Guru Nanak,” the second person said.
The people also pointed to confusion created by Pakistan just days before the inauguration of the corridor, such as refusing an advance team to assess the security and protocol arrangements for the first ‘jatha’ or batch of 550 pilgrims, which includes about 150 dignitaries, including former premier Manmohan Singh, Punjab chief minister Amarinder Singh, union ministers Hardeep Singh Puri and Harsimrat Kaur Badal, several MPs, religious leaders and lawmakers from Punjab.
They also expressed concern at messaging by Pakistan apparently aimed at Sikhs, such as Prime Minister Imran Khan’s tweet saying Indian Sikhs wouldn’t need passports to access the corridor.
“You can’t amend a bilateral agreement with a tweet. India has informed Pakistan that we are going ahead according to the agreement, which states all pilgrims need passports to travel through the corridor,” said the first person cited above.
Pointing to the “duality” of the project – the corridor being a very positive initiative for the people as well as India’s strong security concerns – the people said the security establishment was confident about handling all issues. (Agencies)