HomeWorldAhead of Biden’s presidency, China calls for reset of its troubled ties with US
World
3 months agoDecember 7, 2020ChinaDonald TrumpJoe Biden 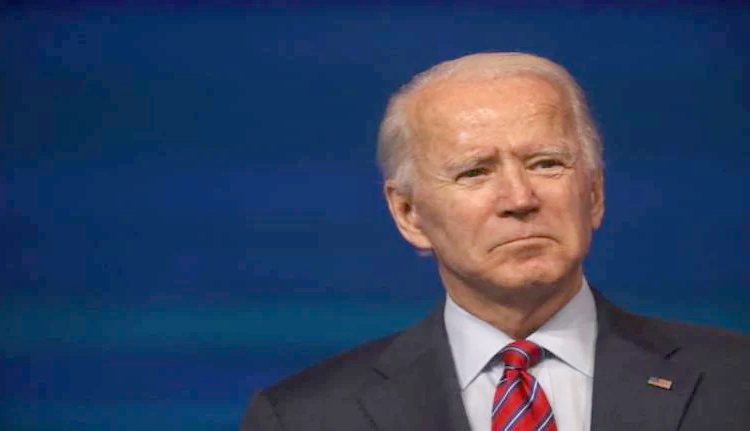 Beijing, December 7: China on Monday called for a reset of its troubled ties with the US under the incoming administration of President-elect Joe Biden to rebuild mutual trust and end months of hostility between the world’s two largest economies.
President Donald Trump’s four-years in power is regarded as the worst phase in US-China relations as the ruling Communist Party of China (CPC) headed by President Xi Jinping struggled to deal with Washington under an unpredictable American leader.
“The top priority is that both sides should work together to remove all kinds of disruptions and obstacles, and achieve a smooth transition in China-US relations,” Chinese Foreign Minister Wang Yi said during a video meeting with business leaders from the US-China Business Council.
“At the same time, based on the direction of mutual benefits for our two peoples and countries, we need to strive to restart dialogue, return to the right track and rebuild trust in this next phase of relations, he was quoted as saying by the Hong Kong-based South China Morning Post.
Trump, a Republican, pushed aggressively on all aspects of US-China ties, including with his relentless trade war, challenging China’s military hold on the disputed South China Sea, its constant threats to Taiwan and branding coronavirus as ‘China virus’ after it emerged from Wuhan in December last year.
The Trump administration also lobbied hard with allies against Chinese telecoms giant Huawei, sanctioning Chinese officials over human rights abuses in Muslim-majority Xinjiang.
Earlier this month, Biden, a Democrat, confirmed that he will not make any “immediate moves” to lift the punitive tariffs that the Trump administration has imposed on imports of Chinese goods before a full review of the existing phase one trade deal and consultations with US allies, dampening China’s hopes that it would be able to renegotiate the trade agreement with the new US administration.
A Write-up in official media here, however, say Biden’s tenure could usher in a “buffering period” for already-tense China-US relations, and offer an opportunity for breakthroughs in resuming high-level communication and rebuilding mutual strategic trust between the two countries.
Outlining his eagerly awaited China policy, Biden in a recent interview with The New York Times said that the “best China strategy” was to get all traditional US allies in Asia and Europe “on the same page”, which will be his major priority “in the opening weeks” of his presidency.
Biden said his trade policies will focus on “China’s abusive practices”, including stealing intellectual property, dumping products, illegal subsidies to corporations” and forced technology transfers.
Pitching for resumption of dialogue at all levels, Wang said China and the US should work in a direction that serves the common interests of the two countries and peoples, so that the two sides can restart dialogue, rebuild mutual trust and get bilateral ties back on track.
“The serious difficulties encountered in Sino-US relations in recent years are something we do not want to see, and I believe it is also something that all sectors of the US community, including the business community, do not want to see,” Wang said.
He urged the US to correct its strategic perceptions, while asserting that the root cause of the current state of bilateral ties is that some people on the US side cling to the ideological prejudice and a continuation of a Cold War mentality. This has led to a “zero-sum-game” view that China is an adversary, he said.
Wang expressed hope that the US policy on China can return to objectivity and rationality as soon as possible.
In the face of major global challenges, such as the spread of COVID-19 and economic recession, China and the US should help each other in the same boat and show responsibility, he said.
The Trump administration, meanwhile, is taking strong actions against the ruling Communist Party of China (CPC) targeting its officials with visa ban.
In its latest action, the US State Department announced new visa restrictions on Chinese government officials on Friday, citing their alleged involvement in a malign influence campaign to intimidate critics of Beijing living overseas.
Those targeted belong to or are affiliated with the United Front Work Department, a CPC organ that operates with a broad mandate to strengthen adherence to the party both within and outside China.
In a statement announcing the move, Secretary of State Mike Pompeo accused the United Front of seeking to “co-opt and coerce sub-national leaders, overseas Chinese communities, academia and other civil society groups both in the United States and other countries in furtherance of the CPC’s authoritarian narratives and policy preferences.”
The new measures came days after the US State Department earlier introduced new guidelines to significantly curtail the privileges of travel visas for CPC members. (PTI)