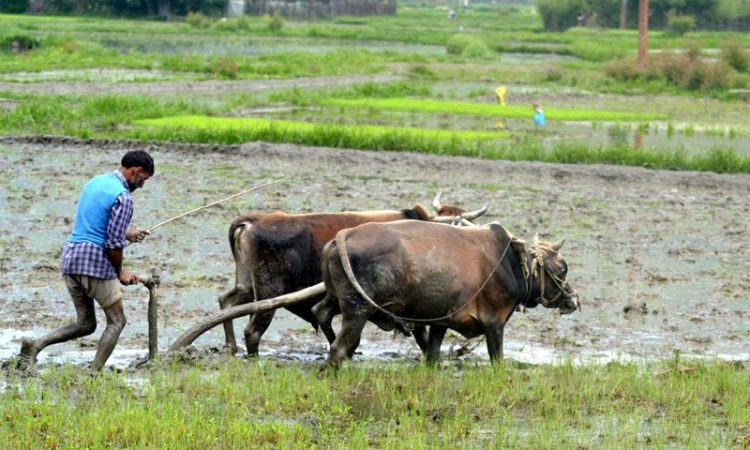 Guwahati, January 5: The central government on Sunday said 8 states including Nagaland and Assam from Northeast India have finalized the State Action Plan for the Agri Export Policy.
The other states of the country which have also finalized the State Action Plan are Maharashtra, Uttar Pradesh, Kerala, Tamil Nadu, Punjab, and Karnataka.
The union ministry for commerce and industry in a statement on Sunday said the other states are at different stages of finalization of the action plan.
The Agri Export Policy was announced last year with the objective of doubling the export and ensuring the doubling of farmers’ income.
In order to achieve this objective, the Agricultural and Processed Food Products Export Development Authority (APEDA) has been adopting a focused approach for ensuring greater involvement of the State governments for effective implementation of Agri Export Policy (AEP), it said.
Throughout the year APEDA held a series of meetings with the state government officials and other stakeholders for the preparation of State Action Plan, the statement said.
The State Action Plan includes d all essential components like production clusters, capacity building, infrastructure and logistics, and R & D and budget requirements for the implementation of AEP.
Several rounds of discussions were also held with the ministry of agriculture and farmers’ welfare, department of animal husbandry & dairying, ministry of food processing industries and other agencies underline ministries.
The discussions were held for seeking the inputs for formulating a strategy to increase exports and address the existing bottlenecks in the trade.
“Many states have nominated nodal agency and nodal officer. State-level monitoring committees have been formed in many of the states,” it said.
Cluster visits have been made by APEDA nodal officers to the product clusters at various places of the country.
“The roadmap for cluster development in the clusters notified under AEP was prepared to address the identified interventions during the cluster visits,” it further said.
As a result of cluster visits by APEDA, the cluster level committee has been constituted in the states – potato in Punjab, isabgol in Rajasthan; pomegranate, orange and grapes in Maharashtra and banana in Tamil Nadu.
APEDA has organised a number of seminars and meetings for the implementation of Agri Export Policy throughout the year.
A workshop on the role of state nodal agencies in agriculture exports was organised in New Delhi on September 3, 2019, where the majority of the states actively participated in brainstorming on implementation of AEP in states.
An MoU was signed with the National Cooperative Development Corporation to include Co-operatives for their active role in AEP.
A Farmer Connect Portal has also been set up by APEDA on its website for providing a platform for Farmer Producer Organisations (FPOs) and Farmer Producer Companies (FPCs) to interact with exporters. Over 800 FPOs have been registered on the portal.
Buyer-seller meet (BSM)-cum-workshops between exporters and FPOs were organized in association with the state nodal agencies.
Apart from other states, BSM-cum-workshops were also held in Shillong (Meghalaya) and Agartala (Tripura) in the Northeast.
A Market Intelligence Cell was set up in APEDA.
The activity of dissemination of e-market intelligence reports comprising detailed market analysis, international trade issues, current scenario of the interest to Indian exporters in important markets and statistical information has been started from November 25, 2019.
All e-reports are available on APEDA website https://apeda.gov.in, it added. (Courtesy: NE Now)