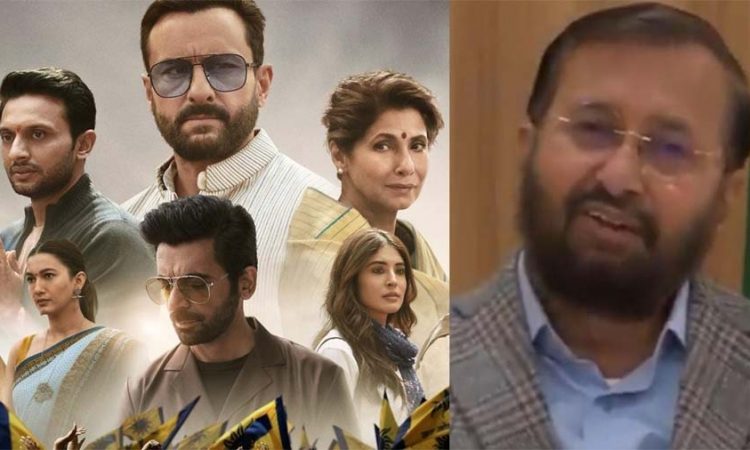 The Ministry will soon release guidelines on Over the Top (OTT) platforms as it is receiving a lot of complaints against some serials available here, said Union Minister of Information and Broadcasting Prakash Javadekar on Sunday.
“We have received a lot of complaints against some serials available on OTT platforms. Films and serials released on OTT platforms and digital newspapers do not come under the purview of the Press Council Act, Cable Television Networks (Regulation) Act or Censor Board. We will come up with some guidelines on it soon,” he said while addressing media.
The Minister also announced that full occupancy will be allowed in cinema halls from February 1 while following all COVID-related protocols. Content on OTT platforms has recently fuelled controversy, leading to public outcry and booking of makers of these programmes.
Three FIRs were registered in Uttar Pradesh`s Lucknow, Greater Noida and Shahjahanpur. Two FIRs were lodged in Madhya Pradesh while one FIR each was lodged in Karnataka and Bihar. Apart from the FIRs, at least three other criminal complaints are pending in Maharashtra, Delhi and Chandigarh respectively regarding content aired on OTT.
FIRs were registered for the alleged inappropriate depiction of Uttar Pradesh Police personnel, deities and adverse portrayal of a character playing the role of prime minister in the show.
Earlier, the Bombay High Court had granted a transit pre-arrest bail to director Ali Abbas Zafar, producer Himanshu Mehra, writer Gaurav Solanki, and Purohit against whom a case was registered in Lucknow. (Agencies)