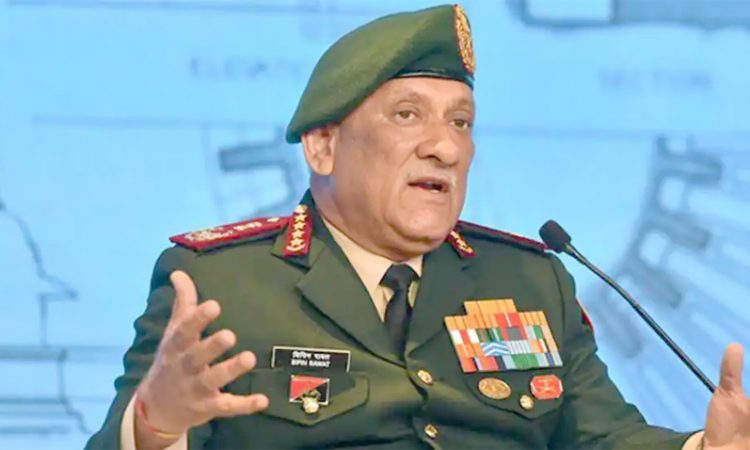 New Delhi, January 23: After the faceoff with Indian forces in Galwan Valley and other locations along the Line of Actual Control (LAC) last year in eastern Ladakh, the Chinese Army has realised that it needs better training and preparation, Chief of Defence Staff General Bipin Rawat said today.

Speaking to ANI, General Rawat said that Chinese soldiers are mainly enlisted for a short duration and don’t have much experience of fighting in the mountain terrain of the Himalayas.
“Chinese deployment on the border with India has undergone a change, especially after incidents that happened in Galwan and other areas in May and June 2020. Thereafter, they realised that they need to be better trained and better prepared,” General Rawat said when asked about the fresh activity of the Chinese People’s Liberation Army (PLA) along LAC.
“Their soldiers mainly come from the civilian street. They are enlisted for a short duration. They don’t have much experience of fighting in these kinds of areas and operating in this kind of terrain,” he added.
General Rawat said India had to keep a watch on all activities of China in the region and Indian soldiers are very adept in fighting in the region.
“The Tibet Autonomous Region is a difficult country. It is a mountainous region. You need specialised training for this, in which our soldiers are very adept because we have a lot of mountain warfare training. We operate in the mountains and continuously maintain our presence,” he said.
“Whereas for the Chinese, it’s not so. It is part of that training that they are carrying out. We have to keep our guard and keep a watch on all activities of the Chinese forces. In doing so, we have to maintain presence along LAC,” he added.

Asked if the northern front has become as important as the western front in view of the increased deployment of forces, he said both fronts remain a priority for the country.
“We have maintained a kind of posture that our troops deployed at northern borders are capable of functioning at western border and vice versa. Yes, we have committed some additional troops on the northern border as we find they are becoming more active and are a primary threat to us,” he said. (ANI)