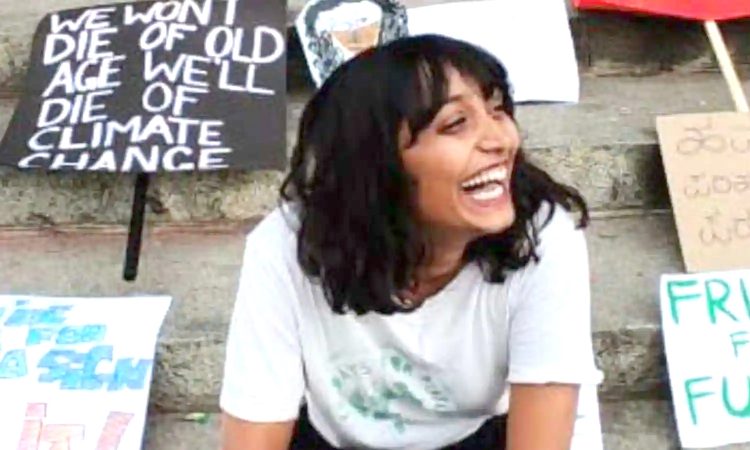 New Delhi, February 15: Non-bailable warrants have been issued against a Mumbai lawyer and a Pune engineer for allegedly creating a protest toolkit backing the farmers’ agitation along with arrested climate activist Disha Ravi and collaborating with pro-Khalistani elements, Delhi Police officials said on Monday.

Lawyer Nikita Jacob and engineer Shantanu, who are absconding, also attended a Zoom meeting organised by ‘pro-Khalistani’ group Poetic Justice Foundation, Joint Commissioner of Police (Cyber) Prem Nath said at a press conference.
The three had created the toolkit and sent it to others, officials said as a fierce political debate broke out between the opposition and the ruling BJP over the action against 21-year-old Ravi in the case related to the toolkit Google doc that came to light when it was shared by global climate campaigner Greta Thunberg.
“Disha, Shantanu and Nikita created and edited the toolkit. Disha sent the toolkit to Greta Thunberg through Telegram. Disha deleted a Whatsapp group which she created to spread the toolkit. Due procedure was followed when Disha was arrested,” Nath said.
Ravi was arrested from Bengaluru on Saturday and sent to police remand for five days by a Delhi court on Sunday with officials claiming she was an editor of the “toolkit Google doc” and “key conspirator” in its formulation and dissemination.
A day later, Delhi Police officials said they were conducting raids in Mumbai and other places to nab Jacob and Shantanu, known so far only by one name.
Jacob approached the Bombay High Court seeking transit anticipatory bail for four weeks so she can approach the concerned court in Delhi to apply for pre-arrest bail. The high court will hear the plea on Tuesday.
She said in her plea she is unaware if she is named as an accused or witness in the case. “However, the applicant (Jacob) fears that she may be arrested due to political vendetta and media trial,” her application said.
“Non-bailable warrants have been issued against Nikita Jacob and Shantanu. The two are wanted in connection with the toolkit case. They are suspected to be involved in preparing the documents and were also in direct interaction with pro-Khalistani elements,” a senior Delhi Police official said earlier in the morning.
Police also allege that Ravi and others “collaborated with pro-Khalistani Poetic Justice Foundation to spread disaffection against the Indian State”.
Thunberg had shared the “toolkit” in early February to lend her support to the farmers’ agitation against the Centre’s three new agri laws.
The document listed a series of actions, including creating a Twitter storm and protesting outside Indian embassies, to be taken to support the farmers’ protest.
The toolkit has been cited by some critics as “proof” of a conspiracy to fuel protests in India.
While many in the BJP defended the Delhi Police, several opposition leaders accused the government of “murdering democracy” by using force against a 21-year-old. (PTI)