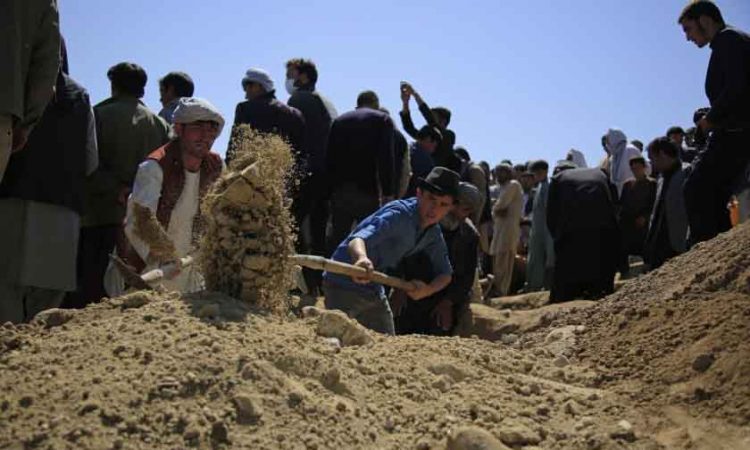 Kabul, May 10: Afghanistan’s Taliban said Monday they would participate in a three-day cease-fire for the Eid-al-Fitr holiday this week marking the end of the Muslim holy month of Ramadan.

The cease-fire would begin on either Wednesday or Thursday. The Muslim calendar follows lunar cycles and the Eid holiday depends on the sighting of the new moon.
Taliban spokesman Suhail Shaheen said Taliban fighters have been ordered to stop all offensives, “to provide a peaceful and secure atmosphere to our compatriots . . . So that they may celebrate this joyous occasion with a greater peace of mind.”
The cease-fire announcement comes amid heightened violence in the country and follows a brutal attack on a girls’ school on Saturday that killed as many 60 people, most of them students between 11-15 years old. The death toll from the three explosions continues to climb.
The Taliban denied any responsibility and condemned the attack, which occurred in the mostly Shiite neighborhood of Dasht-e-Barchi in the west of the capital.
Attacks in the area are most often claimed by the Afghan Islamic State affiliate, but no group yet has claimed the attack on the school.
The cease-fire announcement also comes as the U.S. And NATO are withdrawing the last of their military forces. The final 2,500-3,500 American soldiers and roughly 7,000 allied NATO forces will leave by Sept. 11 at the latest.
The Afghan government has not yet responded to the cease-fire announcement.

However, deadly violence continued elsewhere in the country. Eleven people died when a bus hit a roadside mine in southern Zabul province, Interior Ministry spokesman Tariq Arian said Monday.
Improvised explosive devices litter the countryside and have been used extensively by the Taliban. (PTI)