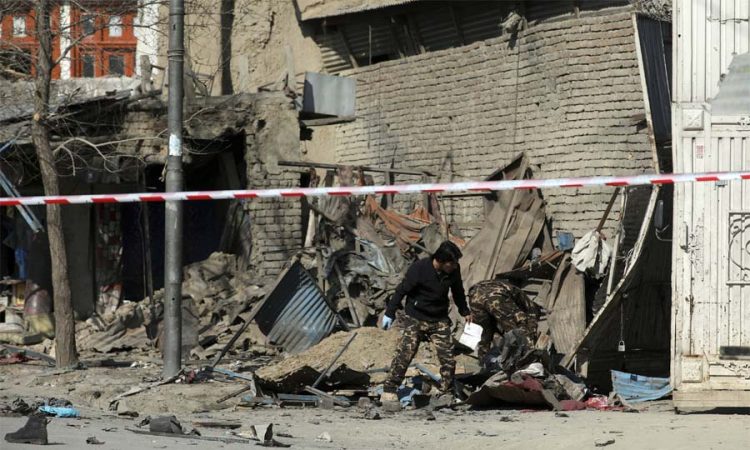 The first explosion hit a store in the heart of the capital, causing it to collapse and kill at least two Sikhs, according to two Afghan police officials. They spoke on condition of anonymity because they were not authorised to brief the media.
No one immediately claimed responsibility for the blast, but the Islamic State group has targeted Sikhs and other minority communities in Afghanistan. A nationwide spike in bombings, targeted killings and violence on the battlefield comes as peace negotiations in Qatar between the Taliban and the Afghan government have stalled.
Kabul police spokesman Ferdaws Faramarz said six people were wounded in the blast in the store and no one was killed. He said police were investigating what caused the explosion. The discrepancy between the two numbers could not immediately be accounted for.
In Saturday’s second explosion, Faramarz said a sticky bomb was attached to a police car and went off in northern Kabul, killing a police officer.
Tensions in Afghanistan are high amid a string of targeted killings. Some are claimed by the local Islamic State affiliate, but many go unclaimed, blamed by the government on the Taliban who have denied responsibility for most attacks.
With growing threats from IS, Afghanistan’s once-thriving community of Sikhs and Hindus has dwindled from as many as 250,000 members to fewer than 700.
IS claimed responsibility for an attack last March in which a gunman rampaged through a Sikh house of worship in the heart of Kabul, killing 25 worshippers and wounding eight.
IS claimed it carried out 82 attacks in Afghanistan in 2020, killing or wounding 821 people, including 21 assassinations. Most of the victims in its attacks were either security personnel or Shiite Muslims. However, the perpetrators of many targeted killings are unknown. (AP)