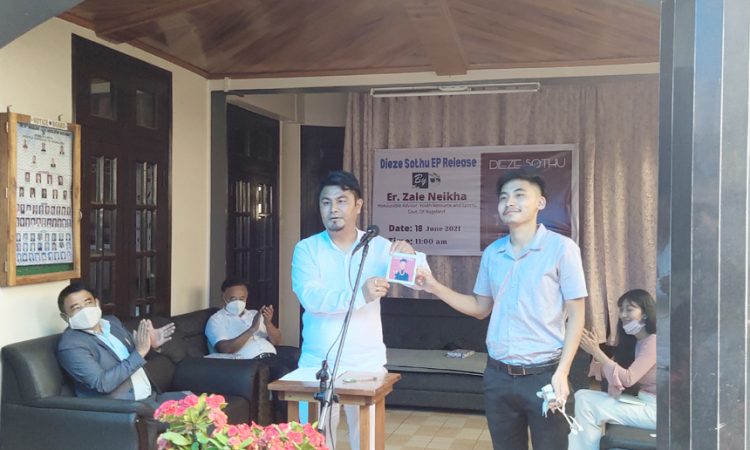 Speaking during the formal function held at his private residence in New Minister’s Hill here, Neikha called upon the youngsters to follow their dreams pursue the talent in them with dedication and sincerity in order to excel in life.
Maintaining that not everybody can become an IAS officer, doctor or engineer, he said the youngsters should focus on their gifted talents with consistency to be successful.
Appreciating Sothu and other young local talents in music, Neikha said the government through the Task Force on Music and Arts will make efforts towards promoting them locally and beyond the State.
Giving an introduction to his Extend Play, Sothu, the 24 year old Science Graduate, said he sings to express, not just impress. The sole purpose and motive is that someone somewhere who is listening can relate to it and express their emotions, he said.
The EP is titled “18” which has a total of 5 tracks and is made available to stream on all major streaming platforms including spotify, apple music and youtube music.