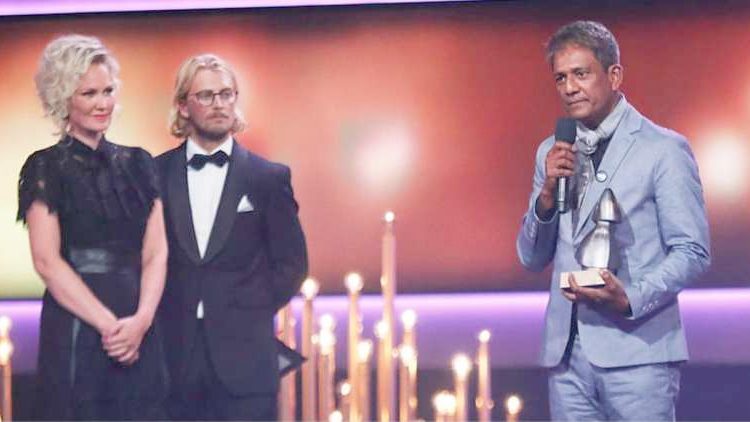 Three weeks back Adil Hussain learnt that he was nominated for a top acting honour in the Norway. It was a nomination in the Best Actor category for the Amanda Award or the Norwegian National Awards — the Scandinavian country’s top national film honour, instituted in 1985. “National award? Norway? But I have nothing to do with Norway” — Hussain was rather surprised (but thrilled, nonetheless) to have received the nomination.
Cut to Saturday night, Hussain won the award in a ceremony at Haugesund in Norway. “Can you believe it?” he says over the phone to indianexpress.com. In 2017, Hussain had played the lead role — of a strict Pakistani father — in the movie, What Will People Say, directed by second-generation Norwegian national, Iram Haq. The movie, set in Pakistan and Norway, traces how a Pakistani immigrant family deals with their teenage daughter’s affair with a local boy in Norway.
The film also won three more awards: Best Film, Director and Script. “This truly proves art transcends all boundaries. For them, it did not matter that I was Indian. What mattered was purely my craft — which is what they celebrated.”
Husain goes on to point out that Sunrise, a film by Partho Sen-Gupta, wasn’t eligible for the National Film Awards in India despite being an Indian story, set in India, with a full Indian cast, and being partly produced by the National Film Development Corporation. “Why? Because the director, who was born and raised in India, took up French citizenship later in life,” says Hussain, “Compare that to Norway’s example. This very gesture helps one understand the degree of inclusiveness in their democracy.” While the Amanda Awards have honoured actors from other Scandinavian countries before, Hussain is the first Indian to have won.
Hussain, who has worked for big commercial films like Life of Pi, English Vinglish, continues to act in small, independent films. For example, before heading to Norway, he just wrapped up shooting for a micro-budget Khasi film, Lorni – The Flaneur, made by a “bright young chap from Shillong”, Wanphrang Deingdoh. Another film he is working on is One Day in the Rains by acclaimed Bengali filmmaker Gautam Ghose.
Hussain grew up in the small town of Goalpara in Assam — known for its rich folk culture and theatre traditions. In his tweet post receiving the award, he wrote, “This is for the Goalpara, Assam for all those believe that art can break all boundaries of all kinds.” Even the film What Will People Say is about growing up in a small town, and the hurdles that come alongwith. Say Hussain, “My hometown, small as it is, inspired me to break free from the boundaries that suppress. If you have passion and love, you can break boundaries — and Goalpara helped me do it.”