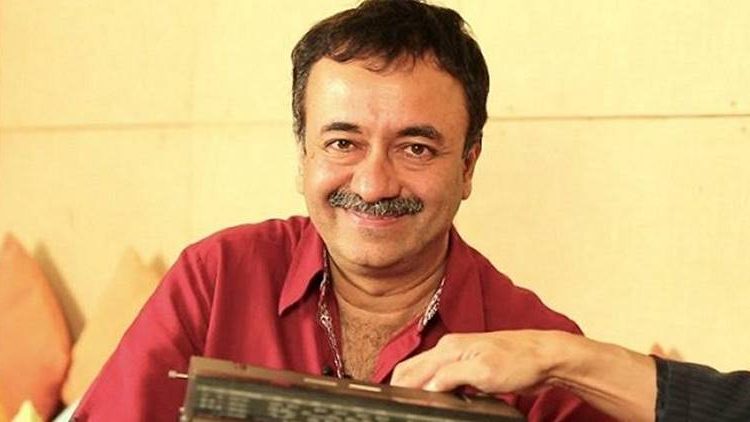 Filmmaker Rajkumar Hirani has revealed that the test screenings for his blockbuster Sanju evoked a negative reaction for its protagonist Sanjay Dutt, causing him to make changes in the script to create empathy for the actor.
Dutt’s biopic, which had actor Ranbir Kapoor play the actor, released in June and within weeks broke box-office records. The film, however, met with criticism over its glorification of Dutt’s life and projection of media as the villain of the actor’s story. In an event in the city on Wednesday evening, Hirani addressed the criticism and also spoke about his approach towards Dutt’s life.
“I initially got attracted to Sanju’s story only because of the anecdotes I had heard. Abhijat Joshi (the film’s co-writer) and I didn’t know how to structure great anecdotes. When we got down to write, we realised he has no ambition, no want or an aspiration. Then, we focused on the present day want, that ‘I am not a terrorist,’ which he used to keep on saying. We created the want, ‘I am a womaniser, a drug addict but not a terrorist.’ Then we started writing the story,” Rajkumar Hirani told writer Anjum Rajabali during an IFTDA masterclass.
The director said it was an early realisation for him and Abhijat that the heroes of the film were Sunil Dutt and Sanjay’s friend Kamlesh Kapasi (played by Vicky Kaushal), so the challenge was to make Dutt look like a hero.
“The only heroic act in the film is when Sanju says he doesn’t want to be an approver (for 1993 Mumbai blast case). A fact he just casually mentioned to us. I said this is the heroic act! The film’s hero is actually Dutt sahab and his friend. Their ambition and motivation is how to help him. So it was very challenging. During the shoot I felt ‘What am I doing, I’m going wrong’,” Hirani said.
The initial screenings of Sanju proved the director’s fear right. No one saw a hero in Dutt. Hirani, who was initially against any cinematic liberty with the portrayal of Dutt, decided to make changes to evoke empathy for the actor.
“When the first edit was ready and we screened for people, they hated him. They said we don’t like this man. We don’t want to watch him. Because I wanted to do a true story, I didn’t create any empathy towards him. I said let’s not create empathy and show as he is. But later I understood that he was our hero and we needed some empathy for him. The scene where he tries to kill himself after the verdict, which he had mentioned to me but we didn’t put in the film, I shot it later, it was not in the original script. I thought through this some empathy will come,” the director revealed.
Rajabali argued that the major criticism against the film was that it never questions Dutt’s intentions as each time it was either with good intentions that the bad choices were made or he was victim of certain pressure. “The vulnerability was so constant that you never felt critical of his choices. You always look at him with an ‘oh poor man,’” the ace writer said.
In a reply, Hirani mentioned the scene where Dutt is physically intimate with Kamlesh’s girlfriend (played by Karishma Tanna), “It’s not hundred percent true. He goes and sleeps with his best friend’s girlfriend but there isn’t any reason. Their friendship was almost jeopardised. The other scene where he puts the commode seat on a girl he wants to marry. I am not defending that! It’s a terrible action.”
“My perception of Sanju was that he has done so many weird things but he is not a bad man. I felt he had an innocence. He is naughty but he doesn’t harm anyone. He didn’t pick up the gun, scare people or fire a shot. He made a mistake. The SC judgement clearly said the reason why he had those arms. Everywhere I go, people say I have whitewashed him but I haven’t. What was Sanju’s crime? He kept a gun, destroyed it too, lied to his father and was arrested. I showed it all, his drug phase and the way he treated people,” the director added.
Hirani said Dutt’s story was so vast, anyone could have picked an event of his life and made a standalone film.
“Everyone can view the story through their own perspective. Someone would’ve made Sanju only on the chapter of how he acquired the gun, destroyed it, and then the case. It could’ve been a film of its own. But I thought everyone knew this. The father-son equation interested me more. How the father was dealing with a son like him,” he said, adding that had filmmaker Anurag Kashyap approached Dutt’s life, the screenplay and treatment would have been strikingly different from his.