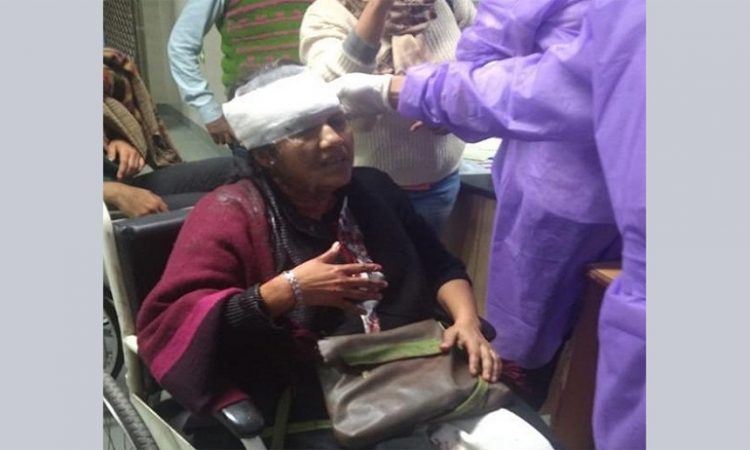 New Delhi, January 5: Following the mob attack on the students and teachers in the JNU on Sunday, the HRD Ministry said that the “acts of violence and anarchy will not be tolerated”.
The Ministry termed the violence in the JNU campus “unfortunate and highly condemnable”.
The statement from the HRD ministry came soon after it sought a report from JNU Registrar Pramod Kumar about the situation on the campus.
“We have sought an immediate report from the JNU registrar about the situation on the campus. We have spoken to the Vice-Chancellor and Delhi police officials to ensure that peace is maintained on the campus,” officialshad said earlier.
Meanwhile, the Ministry of Home Affairs has also sought a report from the Delhi Police over the violence in the campus.
Union Home Minister Amit Shah spoke to Delhi Police Commissioner Amulya Patnaik about the situation at JNU and ordered an inquiry by a senior police officer into the violence that broke out on Sunday night, officials said.
The Home Minister’s office tweeted, “Union Home minister has spoken to Delhi police commissioner over JNU violence and instructed him to take necessary action.”
“The noble minister has also ordered an inquiry to be carried out by a joint CP-level officer and asked for a report as soon as possible,” it said.
The Ministry of Home Affairs also sought a report from the Delhi Police about the situation prevailing in the prestigious institution and the steps taken to restore peace.
“The home minister has spoken to the Delhi Police Commissioner and enquired about the violence at JNU,” an official said.
Shah is also believed to have directed the police commissioner to take all possible steps to ensure peace at JNU. (PTI)